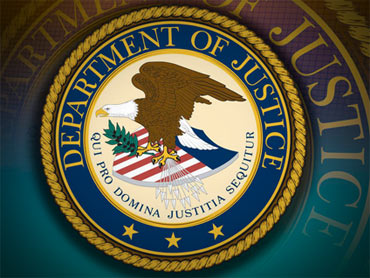 Ratcheting up a growing controversy over how the Obama Administration enforces civil rights and voting rights laws, the U.S. Commission on Civil Rights said today it has evidence of "possible unequal administration of justice" within the Justice Department, citing testimony that revealed widespread, "pervasive hostility" against discrimination and voter intimidation claims by whites.

In a sharply worded letter to senior Justice Department official Thomas Perez, who heads the Civil Rights Division, the commission said it had evidence raising "serious concerns" about whether the department's policies "are being pursued in a race-neutral fashion."

The controversy erupted after the Obama Administration dropped most of a federal lawsuit against members of the New Black Panther Party, who were videotaped allegedly intimidating voters at a Philadelphia polling place on Election Day in November 2008.

The Bush Administration in January 2009 filed suit against three of the members and the New Black Panther Party, but the Obama Administration changed course four months later and dropped the complaint against all but one member, who was wielding a nightstick at the polling place. And it only sought a narrow injunction against him, banning him from Philadelphia polling places until 2012.

A Justice Department spokeswoman said the top career attorney in the Civil Rights Division conducted a "thorough review" and determined the facts only supported claims against the man known to have a weapon.

The commission began investigating the incident last year, but it has taken on greater urgency after J. Christian Adams, one of the lawyers who helped file the suit, resigned from the Justice Department amid the controversy. He testified last week before the Commission that senior officials in DOJ are flatly refusing to apply voting laws in a race-neutral way.

Adams' testimony has sparked outrage in the blogosphere and is now becoming a topic of conversation in the political arena. California Rep. Brad Sherman, for example, was booed and shouted down in a town hall meeting this week after he said he was unfamiliar with the New Black Panther case.

In today's letter, by Chairman Gerald Reynolds, the commission said the "extraordinary" testimony by Adams "raises grave questions" about whether the lawyers and managers in the Department believe in "color-blind" enforcement of civil rights laws--"specifically, whether they should be enforced against all Americans equally and whether those protections apply with equal force to citizens of all races."

Reynolds cited testimony by Adams that a senior political deputy told staff that the Voting Section is "in the business of doing traditional civil rights work," that "cases are not going to be brought against black defendants (for) the benefit of white victims" and that the "Civil Rights Division wasn't going to be bringing them."

"The alleged unequal administration of justice by the Division on the basis of race," Reynolds wrote, "falls squarely within this commission's mandate to investigate."

Justice Department spokeswoman Tracy Schmaler said the department "makes enforcement decisions based on the merits, not the race, gender or ethnicity of any party involved."

The Commission also renewed its demands that a former top lawyer in the voting rights section be allowed to testify. The Department thus far has denied that request.

CIA chief: Next 6 months will be "critical" in Ukraine war
Jan Crawford