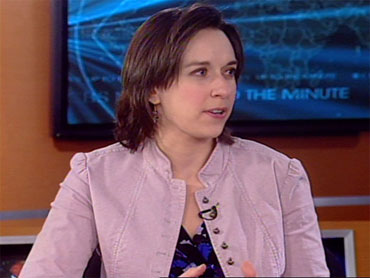 A Department of Transportation ruling now in effect prohibits airlines from keeping flights in limbo on the runway for more than three hours and guarantees affected travelers a few basic rights in the interim. Kelli Grant, Senior Consumer reporter for SmartMoney.com gives information on what you need to know about the new airline passenger rights that are now in effect.

Airlines will probably now start playing it safe because breaking the new rules could cost them. Penalties can go up to $27,500 per passenger if an airline breaks the three-hour limit. Airlines have said the new ruling may prompt them to cancel more flights if delays are anticipated rather than risk the fines. But that's probably an empty threat. Travelers are entitled to refunds for cancelled flights and with fewer flights, a limited ability to rebook would mean losing more fares.

On-board delays are given a maximum of three hours. Airlines must get the plane back to the gate or otherwise allow passengers to get off the plane before the three-hour mark. But the ruling lets airlines keep you on board if safety or security is at stake, or air traffic control says deplaning would disrupt airport operations. Gate space is a premium at most terminals, so it could prove relatively easy for airlines to argue that it was impossible to safely and securely get you off a flight.

No more chronically delayed flights are acceptable. The Bureau of Transportation Statistics tracks flights that are late more than 50% of the time. Now if airlines know a flight is usually an hour late, they must revise its schedule to leave an hour later. In July, airlines will also have to start posting flight delay information on their web sites.

Passengers are now guaranteed working bathrooms while they wait, and food and water if they're stuck on the plane for two hours or longer. Don't expect the airline to roll out its full in-flight menu. Airlines are likely to provide a bottle of water and a granola bar or similar inexpensive fare.

With airlines adding new fees left and right, passengers are now guaranteed that the airline promises in place when they bought their ticket will still be those that apply when they travel. For example, airlines tried grandfathering in many of the checked bag fees, and this move halts that.