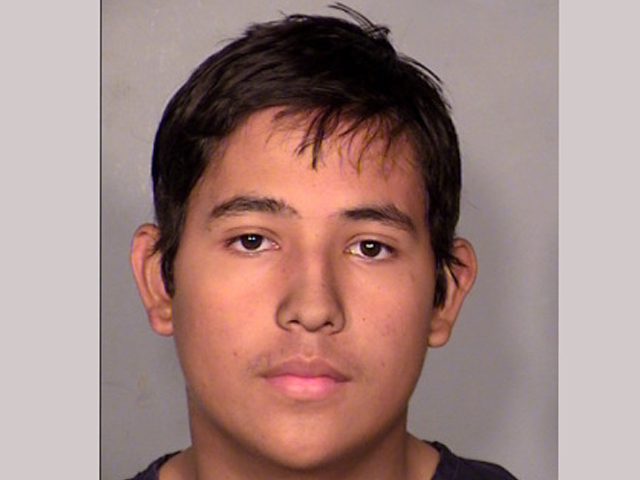 (CBS/AP) LAS VEGAS - Adrian Navarro-Canales, a 16-year-old Nevada boy accused of killing his mother and brother before disappearing for several days, has pleaded not guilty.

Navarro-Canales wore a navy jail uniform and handcuffs when he entered the plea during a brief court appearance Monday in Las Vegas.

The Henderson teenager is suspected in the stabbing deaths of his 40-year-old mother, Elvira Canales-Gomez, and 9-year-old brother, Cesar Navarro.

The discovery of their bodies in their apartment on Sept. 20 touched off a six-day manhunt for the teen that extended to the U.S.-Mexico border.

He was later found sitting in a food court along the Las Vegas Strip.

Navarro-Canales was charged as an adult with two counts of murder.

A cousin and three others who attended the court hearing didn't comment to reporters afterward.