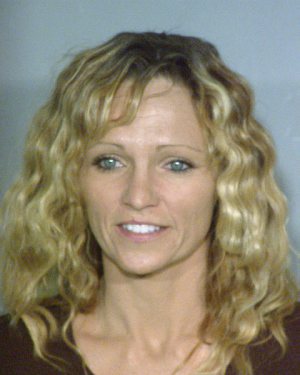 LAS VEGAS - A Las Vegas woman told a state court jury Monday that she didn't conspire with her brother and her son to kill her estranged husband so she could collect a $250,000 life insurance policy.

Amy Denise Bessey, who also goes by the name Amy Pearson, was the only witness in her defense on seven felony charges including conspiracy and attempted murder in the November 2012 shooting that wounded Robert Bessey.

Amy Bessey acknowledged under questioning from defense attorney Augustus Claus that she told several people she wanted Robert Bessey out of her life, and even spoke about wishing he was dead.

Closing arguments are scheduled for Tuesday before the case is turned over to the jury for a verdict.

The 43-year-old, who watched last week as prosecutors called 21 witnesses against her, could face decades in prison if convicted.

Instead, Beckstead said, Amy Bessey took "legal and lawful actions" to shield herself and her children from an abusive husband.

Amy Bessey stepped from the defense table to the witness stand to describe seeking a separation and divorce, and obtaining protection orders in the months before the shooting.

She could have used her own legally owned and registered gun to kill Robert Bessey several times, she suggested, including once when she said he beat her in their bedroom in May 2012 and once when she said he drew a gun during a household argument, loaded it, and pointed it at her and her children.

Bessey bristled under cross-examination when prosecutor Sam Martinez accused her of trying to get 22-year-old Michael Bessey's biological father to kill Robert Bessey, and then offering $50,000 and a gun to Michael Bessey's girlfriend, Courtney Smith, if she would do it.

Smith was accused in a separate case of conspiring with Amy Bessey to kill Robert Bessey on Father's Day 2012 by giving him an energy drink laced with poison. Smith, 21, pleaded guilty in May to conspiracy to commit a felony and awaits sentencing.

Martinez questioned Bessey about supplying her brother and son with Robert Bessey's work schedule so they'd know when to ambush him in the pre-dawn darkness, exchanging frequent telephone calls with her brother before and after the shooting, meeting the two men at a diner about an hour after the shooting, and lying to police when she was questioned about her son's whereabouts at the time.

Bessey conceded that she knew it wasn't true that her son had been asleep at home.

Richard Pearson, 40, and Michael Bessey have pleaded not guilty to similar charges including conspiracy and attempted murder, and are due for trial Feb. 24 in Clark County District Court.