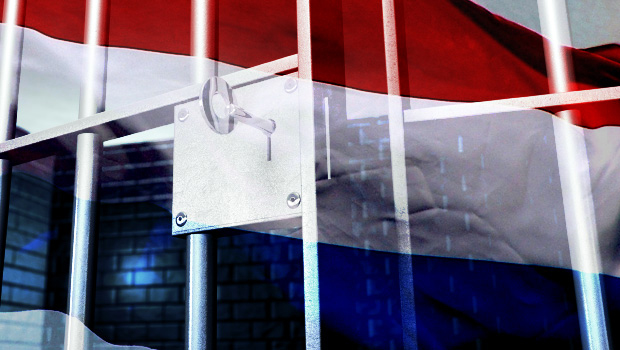 There are now more guards and other prison staff than there are prisoners in the Netherlands for the first time, according to data released by the Justice Ministry on Friday.

Crime rates have fallen slightly in recent years, but aren't notably lower in the Netherlands than in neighboring countries, and many Dutch people think sentences for violent offenders are too light.

In 2008, there were around 15,000 inmates, in a country of 17 million. As of March of this year, there were just 9,710 inmates remaining, compared with 9,914 guards. And the number of inmates included 650 Belgian criminals the Netherlands is housing as part of a temporary deal.

In the U.S., the figure is more like one guard or staff member per five prisoners. The overall U.S. incarceration rate is more than 10 times higher.

Justice Ministry spokesman Jochgem van Opstal said "we're studying what the reason for the decline is." The ministry is already in the process of closing prisons and cutting 3,500 staff.

"At this moment you can't say there is any safety in Dutch prisons," union leader Corrie van Brenk said in an interview with Dutch broadcaster NOS. "It's an explosive situation."

The government has rejected the criticism, saying violent incidents at prisons have been declining.

One change politicians are considering is ending a practice of granting probation to criminals once they have served two-thirds of their sentences. That policy has proved an embarrassment for Prime Minister Mark Rutte.

During his election campaign in 2012, Rutte promised to "fire any justice minister" who granted early release to Volkert van der Graaf, an animal rights activist convicted of murdering politician Pim Fortuyn in 2002.

Van der Graaf will be released on May 2, having served 12 years of his 18-year sentence.