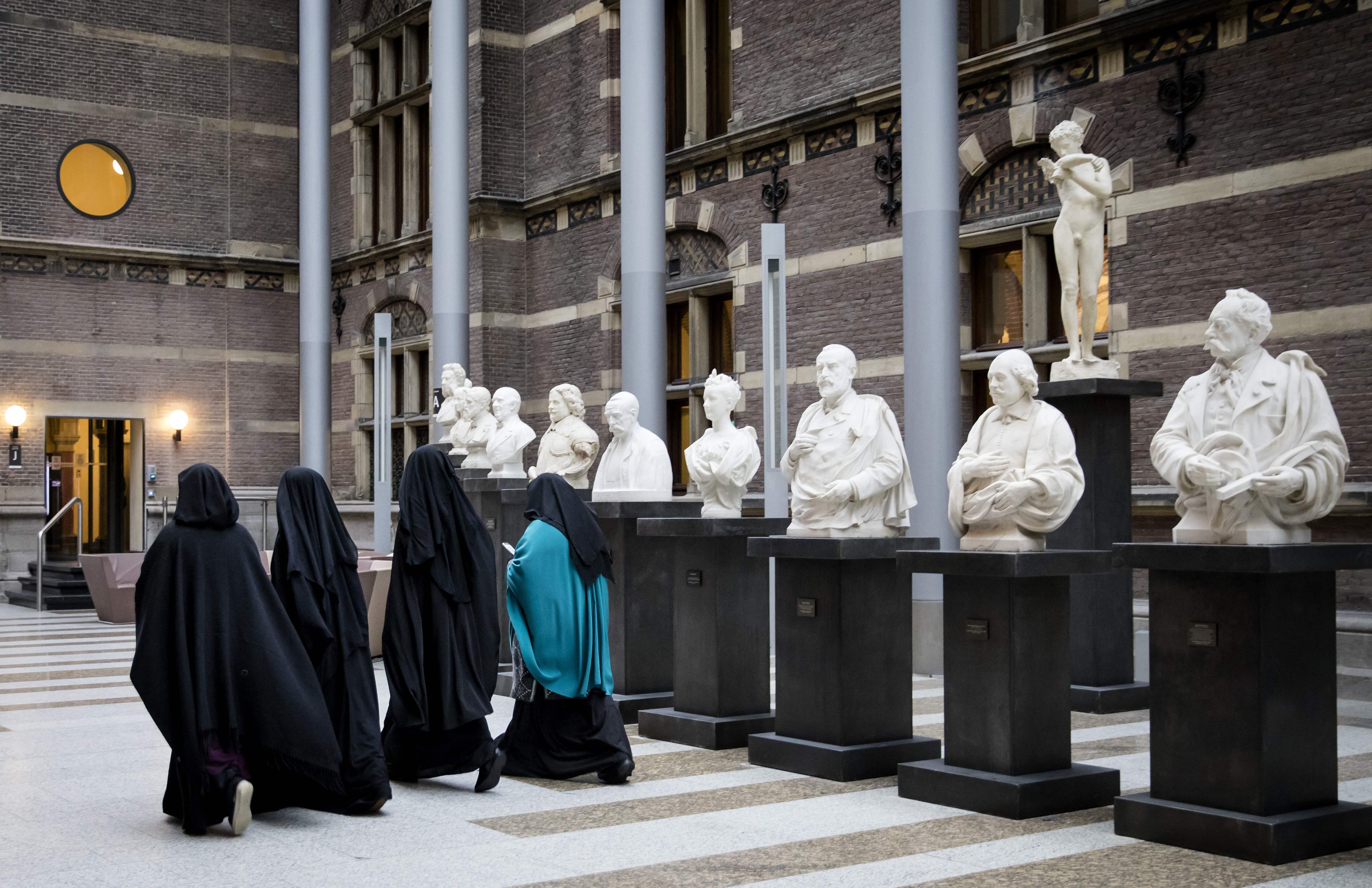 THE HAGUE, Netherlands -- The Netherlands has approved a limited ban on "face-covering clothing" in public places, including Islamic veils and robes such as the burqa and niqab but not the hijab, which covers only the hair. Firebrand far-right politician Geert Wilders had pushed for the ban for over a decade.

Parliament's upper chamber made the final approval in a vote Tuesday.

The Dutch law is described by the government as "religion-neutral," and does not go as far as more extensive bans in neighboring countries like France and Belgium. It applies on public transport and in education institutions, health institutions such as hospitals, and government buildings.

Studies suggest that only a few hundred women in the Netherlands wear niqabs or full-face burqas.