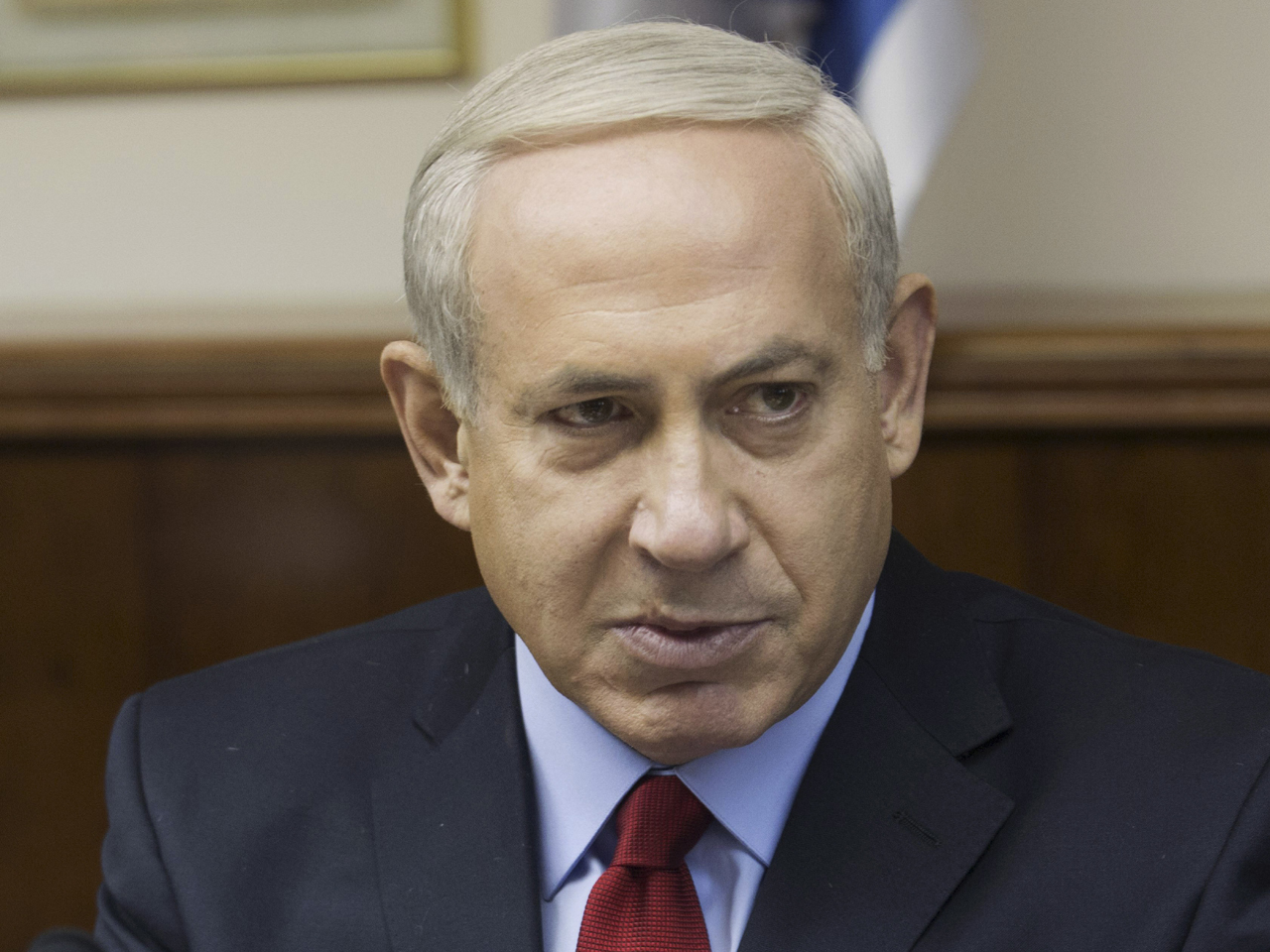 His remarks were an impassioned election-season plea from a world leader who insists he doesn't want to insert himself into U.S. politics and hasn't endorsed either candidate. But visibly frustrated by U.S. policy under President Barack Obama, the hawkish Israeli leader took advantage of the week's focus on unrest across the Muslim world and America's time-honored tradition of the Sunday television talk shows to appeal to Americans headed to the polls in less than two months.

Tehran claims its nuclear program is peaceful. Netanyahu said the U.S. would be foolish to believe that, using football metaphors and citing example of past terrorist attacks on U.S. soil to appeal to his American audience.

"It's like Timothy McVeigh walking into a shop in Oklahoma City and saying, `I'd like to tend my garden. I'd like to buy some fertilizer ... Come on. We know that they're working on a weapon,"' Netanyahu said.

Ex-ambassador to Israel: U.S. will go to war with Iran in 2013
Netanyahu: Containment policy for Iran won't work
Netanyahu signals a coming end to patience on Iran

The past week, Netanyahu has called on Obama and other world leaders to state clearly at what point Iran would face a military attack. But Obama and his top aides, who repeatedly say all options remain on the table, have pointed to shared U.S.-Israeli intelligence that suggests Iran hasn't decided yet whether to build a bomb despite pursing the technology and that there would be time for action beyond toughened sanctions already in place.

Netanyahu disagrees, estimating that Iran is about six months away from having most of the enriched uranium it needs and warning that letting them reach the "goal line" would have disastrous consequences.

Obama's Republican opponent, Mitt Romney, has said he is willing to take a tougher stance than Obama against Iran, although his campaign has declined to provide specifics. He has also aligned himself personally with Netanyahu, casting the Israeli leader as a longtime friend.

Meanwhile, Obama is reported to have a strained relationship with Netanyahu, chastising Israel for continuing to build housing settlements in areas disputed with the Palestinians.

America's ambassador to the United Nations, Susan Rice, responded Sunday by saying there is "no daylight" between the U.S. and Israel and that Obama "will do what it takes" to prevent Iran from acquiring a nuclear weapon. But, she told CNN, "we are not at that stage yet."

But Netanyahu has said that's not enough and employed historical examples known to most Americans to make his case: President John F. Kennedy's demand that the Soviets remove its missiles sites in Cuba "maybe purchased decades of peace," Netanyahu said. And absent a similar "red line," then-Iraqi President Saddam Hussein faced a U.S. attack in 1991 after invading Kuwait.

"Maybe that war could have been avoided," Netanyahu said.

Netanyahu also pointed to America's inability to prevent the 9/11 hijackings as proof that intelligence can fail.

He insisted that his motivations were not political but reflected a key sense of urgency. Israeli officials point to Iranian enrichment of uranium, a key ingredient in building a bomb, the movement of Iranian nuclear research facilities to fortified underground bunkers impervious to attack and Iran's refusal to open its facilities to U.N. inspectors.

"I think that there's a common interest of all Americans, of all political persuasions, to stop Iran," he said. "This is a regime that is giving vent to the worst impulses that you see right now in the Middle East."

Rice said the window to act "is not infinite" but that the sanctions "reached their high point in July." Rice says that for the first time the Iranian economy is shrinking at a rate of negative 1 percent, Iranian oil production has dropped 40 percent over the last several months and their currency has plummeted 40 percent in that time as well.

"This pressure, even to use the Iranians own words, is crippling," Rice said, adding "What is clear is that Iran does not have a nuclear weapon."

Netanyahu and Rice spoke on CNN's "State of the Union" and NBC's "Meet the Press." Rice also spoke on Fox News Sunday.