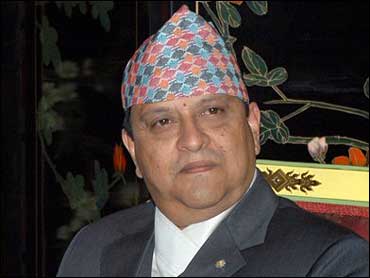 Nepal's Parliament voted to strip King Gyanendra of his right of veto and power over the legislature, in the latest move to turn the monarch into a figurehead leader after he was forced to give up absolute rule, officials said Sunday.

The new law, endorsed by legislators late Saturday, scraps the king's right to reject bills and laws passed by Parliament, according to a Parliament notice published Sunday.

Lawmakers also will no longer need to seek the approval of the king before signing a bill into law, it said.

"The concept of king in Parliament has been abolished through law," said Ram Baran Yadav, a legislator of the Nepali Congress, the country's largest party.

"We are now free to criticize the king and the royal family members in Parliament," said Laxmi Shakya, a lawmaker from the Communist Party of Nepal.

The move is the latest in a string of laws enacted by Parliament to dramatically cut Gyanendra's powers and turn him into a figurehead leader after weeks of protests against his dictatorial rule forced him to relinquish powers in April.

Last month, Parliament voted unanimously in favor of a resolution that stripped Gyanendra of his command over the army, legal immunity, and freedom from paying taxes. The resolution must be voted on as a series of laws.

The king also lost his official position as head of the Himalayan nation, changing traditional references to "His Majesty's government" to simply the "Nepal government."