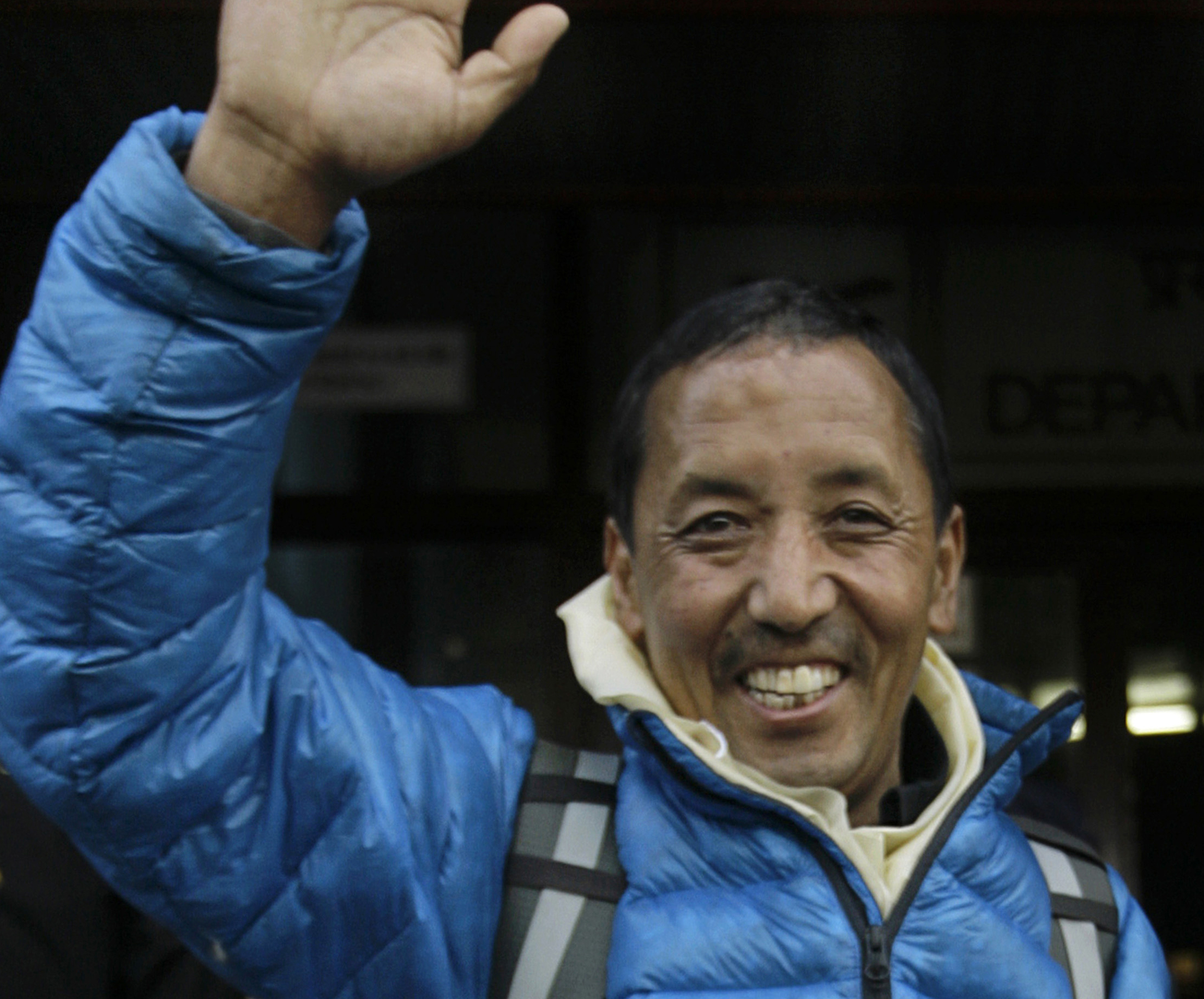 KATMANDU, Nepal - A Nepalese Sherpa on Wednesday broke his own record for most climbs of Mount Everest by scaling the world's tallest peak for the 21st time.

Apa, who is leading an environmental expedition that plans to carry down tons of garbage left behind by past climbers, took advantage of good weather to reach the 29,035-foot summit with a group of other climbers, said Tilak Pandey, a government mountaineering official stationed at the base camp.

"They said they are enjoying the view and taking pictures on the summit," said Ang Tshering of Asian Trekking, which organized the expedition.

Apa, who like many in the Himalayas' Sherpa community uses only one name, grew up in the foothills of Everest and began carrying equipment and supplies for trekkers and mountaineers at age 12. He first climbed Everest in 1989 and has repeated the feat almost annually.

The 50-year-old Apa and his team climbed all night Tuesday and Wednesday morning before reaching the summit at 9:15 a.m. local time.

Before leaving for the mountain in April, Apa had said his team planned to clear 8,800 pounds of garbage from the lower part of the mountain and another 2,200 pounds from near the summit.

Apa has long campaigned about the degradation he has seen on the Himalayan peaks due to global warming and other issues.

He said when he first began climbing Everest, the trail to the summit was covered with ice and snow. Now, it is dotted with bare rocks. The melting ice has also exposed deep crevasses, making expeditions more dangerous.

Apa moved to the United States in 2006 and lives in the Salt Lake City suburb of Draper.