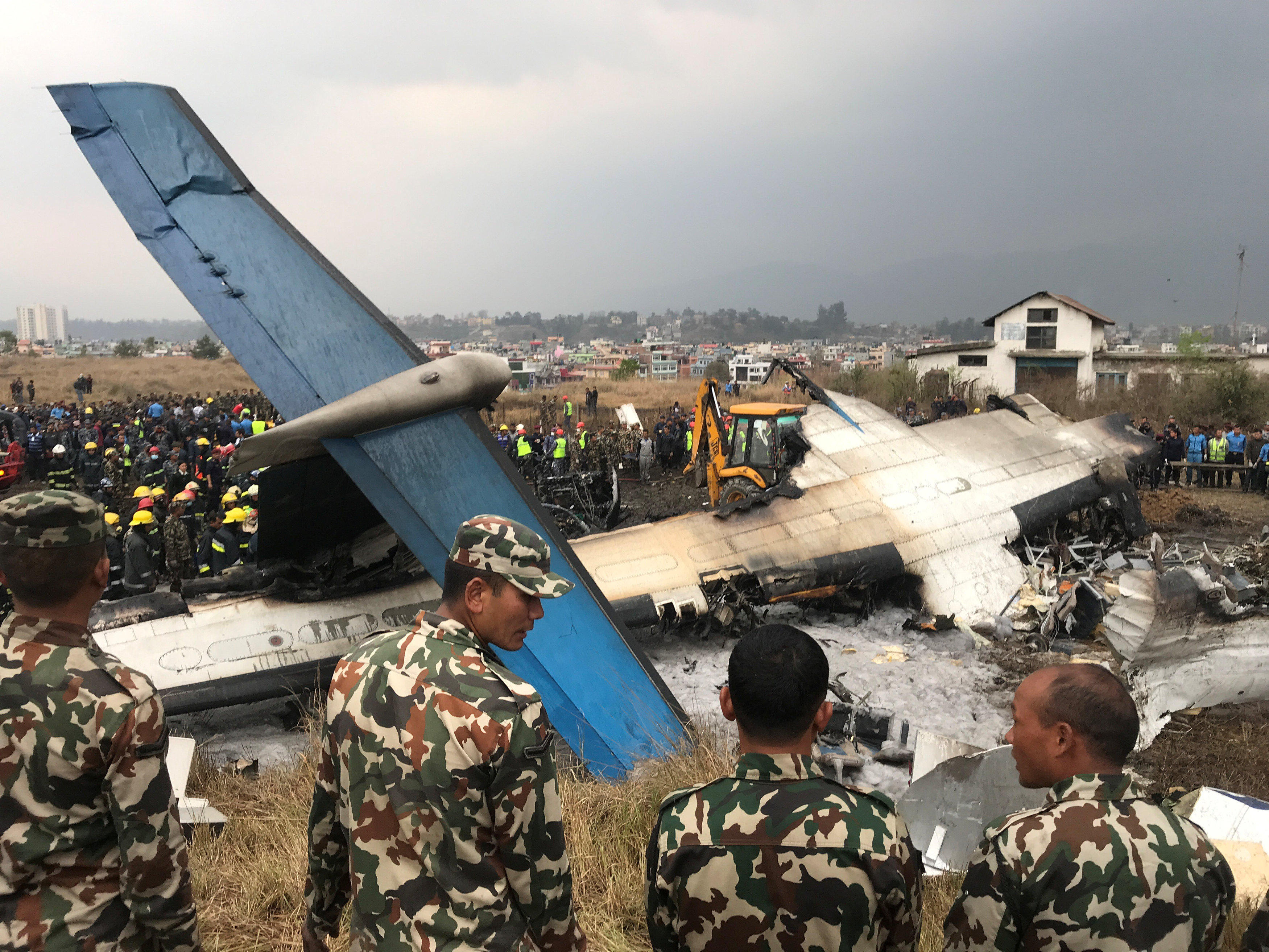 A passenger plane owned by a joint Bangladeshi-U.S. firm crashed in Kathmandu, Nepal, on Monday, catching on fire after careening off the runway. The US-Bangla Airlines plane was on a flight from Dhaka, Bangladesh to Kathmandu but overshot the runway upon landing, officials told CBS News.

The Bombardier Dash 8 Q400 twin turboprop was carrying 71 people when it attempted to land at Kathmandu's Tribhuvan International Airport after repeatedly swerving in the air on its approach.

The exact number of dead and injured remained unclear hours after the fiery crash, but Brig. Gen. Gokul Bhandari, the Nepal army spokesman, told the Associated Press that at least 50 people were killed. A hospital close to the airport said it was treating 16 survivors.

A spokesman for the airline said about half of the passengers were from Bangladesh, half from Nepal, and one each from China and the Maldives.

There was no immediate word on the nationality of the passengers on the plane. Videos posted to social media sites showed the plane broken into several pieces after the flames were extinguished.

The Kathmandu Post quoted a spokesperson for the airport as saying the plan slid off the runway after landing and ended up on fire in an adjacent sports. Military personnel were deployed to help with the rescue operation, the spokesperson added.

US-Bangla Airlines has been operating since 2014 out of its home airport in Bangladesh. The airline is owned by US-Bangla Group, a joint venture company with offices in Dhaka, New York, India and other Asian hubs.