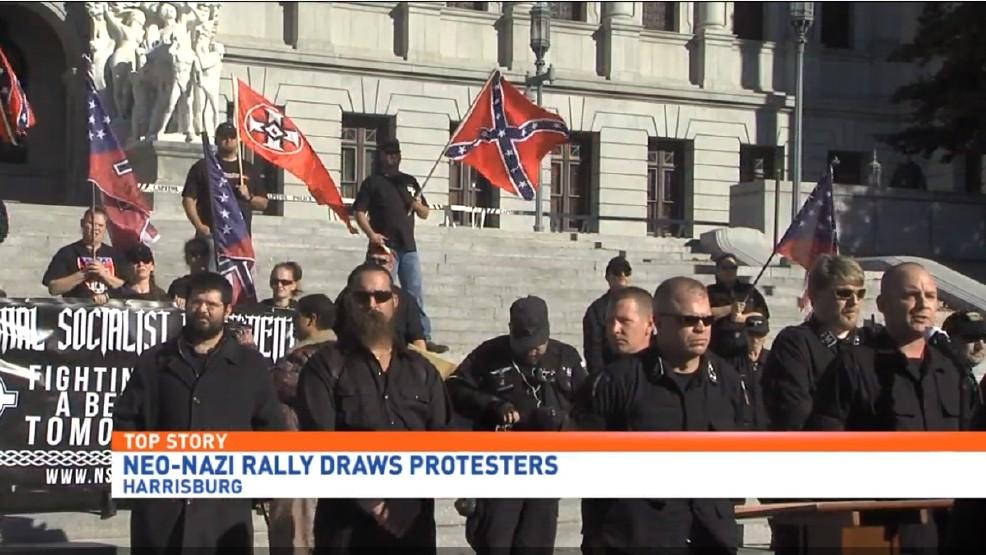 HARRISBURG, Pa -- The National Socialist Movement, a Neo-Nazi group, cheered and chanted its message on the steps of the capitol in Harrisburg, CBS affiliate WHP reports.

Also at the capitol were protesters, making their voice heard and standing against the Neo-Nazi group.

“An all-white nation would probably suit us just fine if people would let us have one,” said Harry Hughes, the Regional Director of the National Socialist Movement.

The message from the two groups was very different. “Sad state of affairs. Not just here in Harrisburg and state but nationwide. Racism is still alive and well,” said protester Khaldun Rasheed.

The Neo- Nazi group was out there to ask people to open their minds to its ideals, “we have an alternate. we want to encourage third party activity in this country and it should be more than a two party monopoly which is what i’m going to call it,” said Hughes

The socialist rally and hundreds of people protesting it brought out police in full force riot gear to ensure everyone’s safety.

WHP saw two people being taken away in handcuffs.

Protesters said they are comforted by their fight for equality. “Good feeling of warmth that there are some people that still care about civil rights,” said Rasheed

State and capitol police could not confirm how many people, if any were arrested.