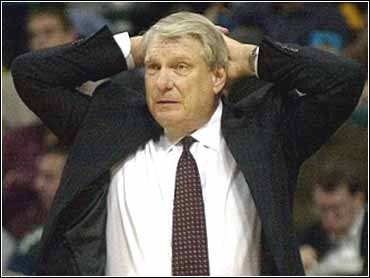 Dallas Mavericks coach Don Nelson had his cancerous prostate removed Thursday and doctors found no sign that the disease had spread.

"The procedure was routine and successful," said Dr. Robert A. Stephenson, who performed the operation. "The tissue surrounding the organ looked healthy and showed no sign of cancer. I expect him to make a full recovery.

The 60-year-old Nelson will remain at the Huntsman Cancer Institute at the University of Utah Hospital for up to five days, then return to his Dallas home for several days. He will then continue his recuperation at his home on Maui.

Nelson is expected to be gone from the team for 6-8 weeks. His son, Donnie Nelson, took over as interim head coach on Wednesday night for a 107-104 loss to the Detroit Pistons.

Nelson chose to be treated in Utah because of a long-standing friendship with the Huntsman family, which donated $151 million to create the institute in 1995.