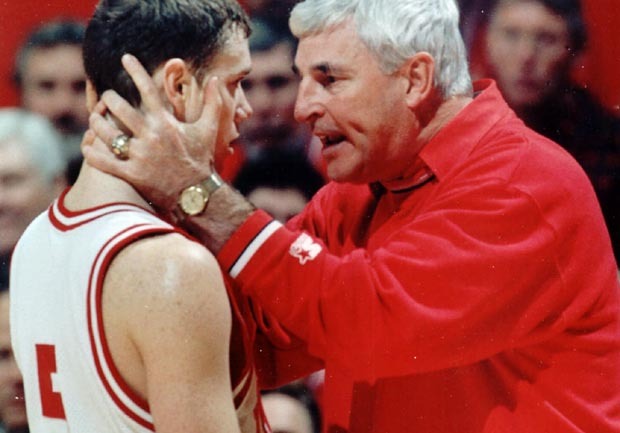 (AP) SANTA MARIA, Calif. - Neil Reed, the former Indiana basketball player who coach Bob Knight was caught on tape choking in 1997, has died after collapsing in his Central California home. He was 36.

When video of the practice surfaced backing Reed's claim, the Hall of Fame coach, who was known for his temper as well as his success, was put on a zero-tolerance policy by then-Indiana University President Dr. Myles Brand.

That September, Knight, who became head coach at Indiana in 1971 and won three national championships, was fired after a student accused him of grabbing his arm.

"Believe it or not, I'm not happy that Indiana fired Coach Knight," Reed told ESPN The Magazine at the time. "I don't have any feelings about it, mostly because I've had to stand alone for so long. In a way, I've been proven right, but that doesn't make my life any easier."

Reed transferred to Southern Mississippi shortly after the incident at Indiana and played there in the 1998-99 season. He told the magazine he "fell out of love" with basketball.

"He did the things that it takes to win ball games," said Green, now the coach at Jacksonville State in Alabama. "He was good to coach. You knew he was going to go out and give his best."

"When something like that happens, it's like part of your family," Green said. "It's kind of like when you have children, you never expect them to be passing before you."

"The shock of the passing of Neil Reed and the sadness we feel for his wife, two daughters and entire family is overwhelming," Indiana coach Tom Crean posted on his Twitter account Thursday. "Tragic news."

Reed is survived by his wife, Kelly, and two daughters.