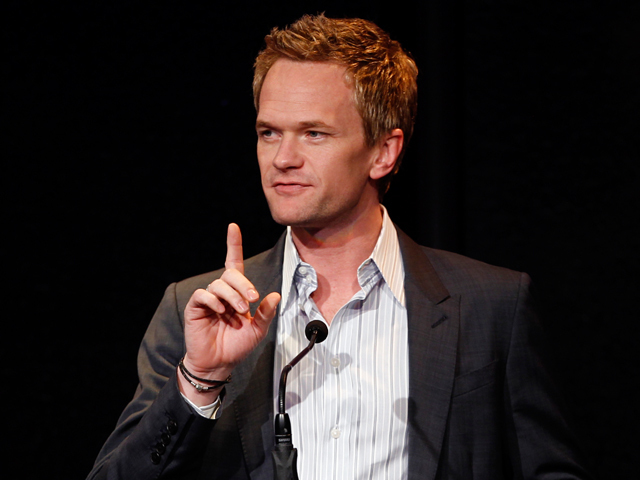 Jane Lynch joked that Harris and partner David Burtka's twins were cuter than Brad Pitt and Angelina Jolie's brood before presenting them with the Rand Schrader Distinguished Achievement Award.

"We are so honored to be here on the 40th anniversary of this incredible and important institution," Harris said, according to The Inquisitr, before joking, "It's hard to believe that it's been 40 years since The Center first invented gays and lesbians. And we are so happy that they did."

Burtka added, "More to the point, we are extraordinarily grateful that we are able to stand here today as a same-sex couple with children and not feel like we are some kind of freak show or some kind of government experiment gone awry."

Bono was presented the Board of Directors Award, in recognition of his transgender activism, by fellow "Dancing with the Stars" alum David Arquette.

"We're all in such awe of the bravery that you showed in stepping up into the world and showing them what it's like to be a transgender person in this world," Arquette said, according to Greg in Hollywood. "You did it with dignity, you did with such strength."