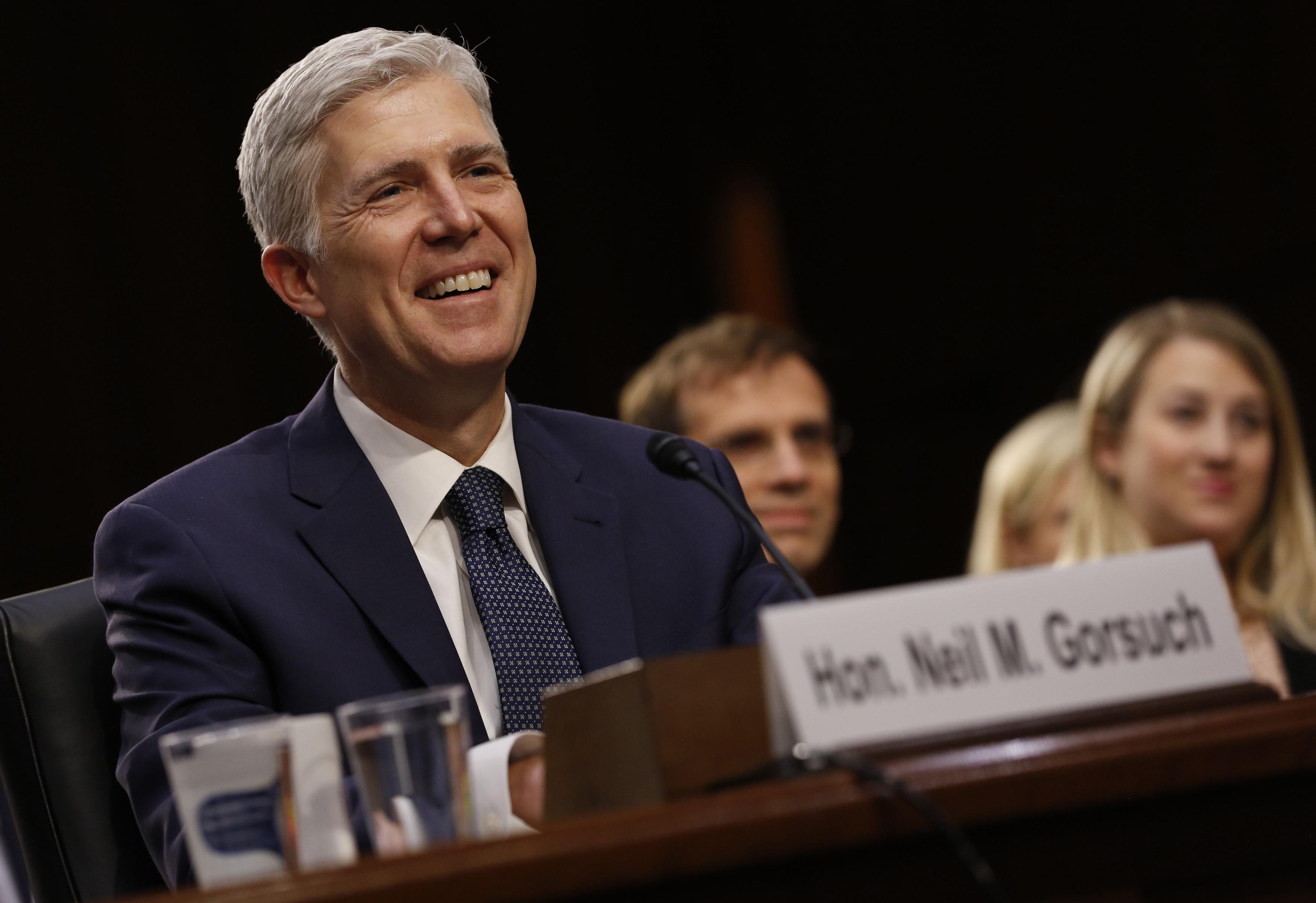 After his swearing-in ceremony at the White House Rose Garden with President Trump on Monday, Justice Neil Gorsuch reported to work on Thursday, preparing to hear his first Supreme Court arguments next Monday.

His fulfilling of the vacancy created by the death of Antonin Scalia swings the Supreme Court back around to where it was left in January of 2016.

President Trump made sure to nominate a highly credentialed judge whose record would appease a conservative base and was bent on strict originalist interpretations. Gorsuch was just that.

“Every new justice will change the dynamic of the court,” South Texas College of Law professor Josh Blackman said. “But we don’t know what that will look like yet.”

Like in any new gig, there is an unavoidable onboarding process. Blackman said that onboarding is exactly what Gorsuch has been immersed in since his swearing-in, mostly reviewing “cert petitions” for potential cases for the Court.

Each associate justice, Blackman said, must be afforded access to the Court’s “cert pool,” or the mechanism which allows the Court to sort through the arrival of thousands of petitions.

One of the high-profile petitions under review is Masterpiece Cakeshop Ltd. v. Colorado Civil Rights Commission, which deals with whether a state public accommodation law violates the religious beliefs of a for-profit business about marriage. The case concerns a gay couple who intended to marry and were refused a cake by the shop’s owner in 2012.

“This case has big implications for freedom of speech and freedom of religion,” Blackman said, rewinding back to Gorsuch’s concurring opinion in another religious freedom case that sprouted from the federal government mandating access to birth control under a company’s health-insurance policy, Hobby Lobby Stores, Inc. v. Sebelius.

Blackman, like Gorsuch, is a member of the Federalist Society, a national organization of conservative and libertarian who embrace originalist interpretations of the Constitution.

Blackman added that the “cake case” has been relisted multiple times by the Court, but Gorsuch could offer the “courtesy vote” necessary to transfer it to the Court’s docket of cases to be decided later.

“He will have to come to speed very quickly,” Blackman said about Gorsuch in the hearing of petitions. Blackman suggests, though, that Monday holds more historical weight with actual arguments on the Court’s schedule.

Next Monday at 10 a.m., the gavel will hammer in Gorsuch’s first official session of cases for review -- Gorsuch is expected to hear three arguments and a total of seven throughout the week.

In the legal community, Blackman said, there’s a wide-ranging expectation that Gorsuch’s first written opinion will be unanimous, or with all justices agreeing.

A decision could come as soon as late next month, Blackman said, and an unanimous agreement would help usher in a healthy start to the new Court.