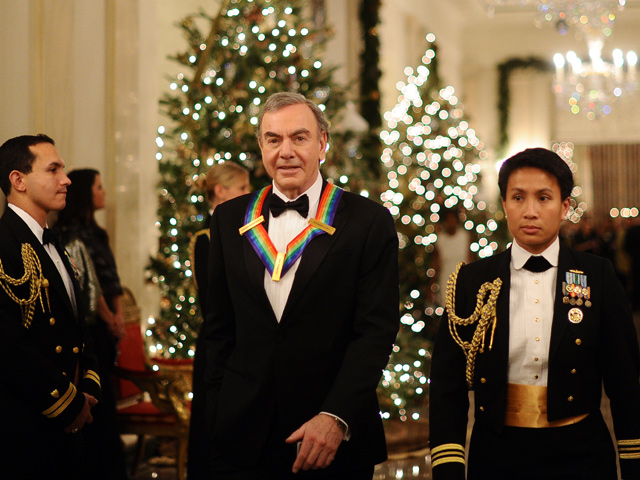 (CBS) The televised tribute to Neil Diamond, one of five Kennedy Center honorees for 2011, was also a tribute, in part to baseball fans in Boston, where Diamond's song "Sweet Caroline," is an eighth inning staple at Red Sox games.

Red Sox banners adorned a set of bleachers on which the muppet Elmo, the Red Sox mascot and singers dressed like fans were perched. Smokey Robindson, himself a previous year's honoree, sang the song, with backup from Caroline Kennedy, for whom the song was written, Lionel Richie and Sugarland's Jennifer Nettles.

Kennedy hosted the ceremony, named for her father, the late President John F. Kennedy. President Barack Obama and first lady Michelle Obama, who were in the audience, hosted a reception for the honorees at the White House before the ceremony.