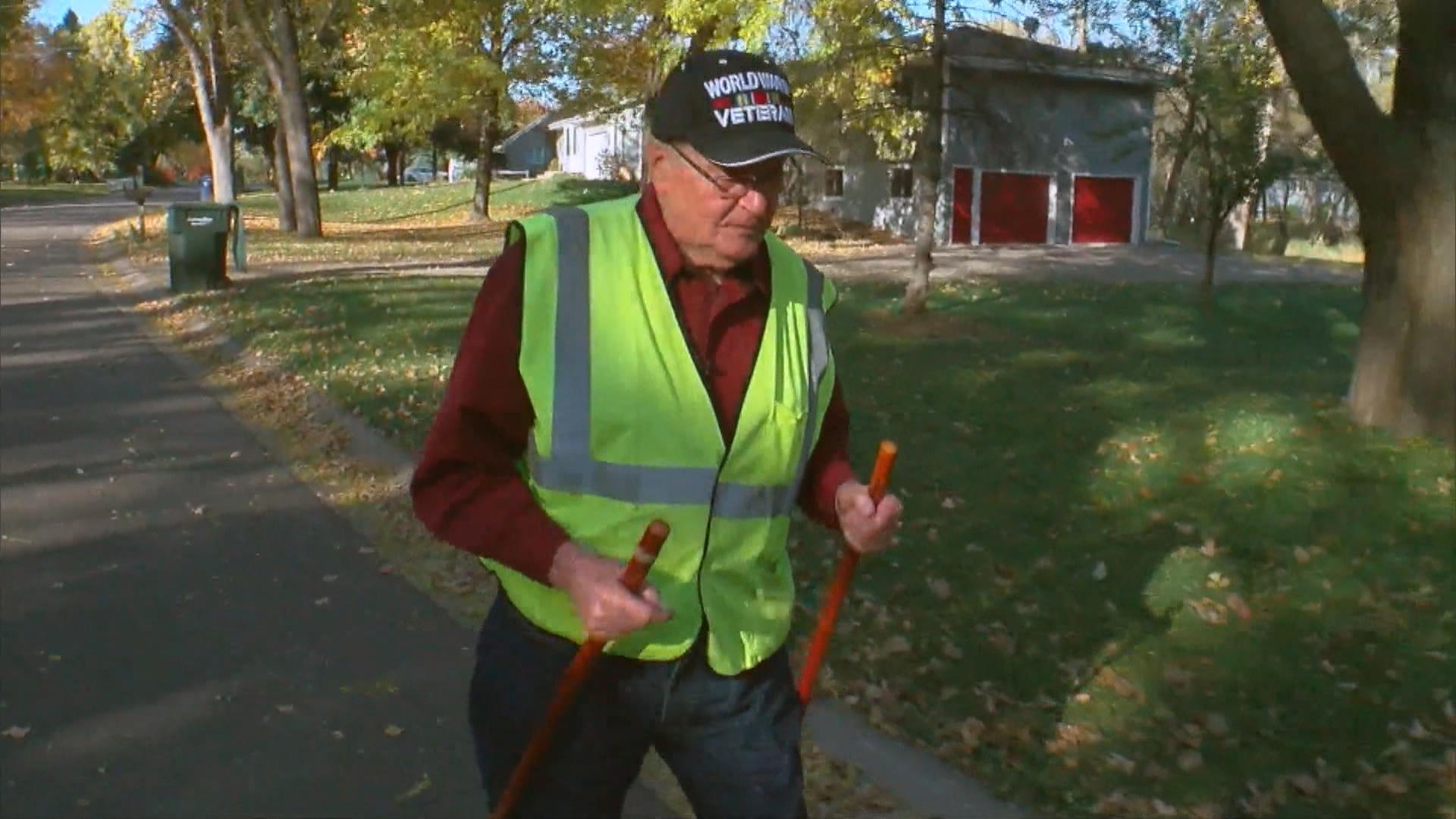 Inspiration is sometimes found in the most unlikely places. Ninety-five-year-old Harvey Djerf walks nearly a mile around his neighborhood, twice a day, every day. The Minnesota man is getting around with a little help from his friends.

Even though he's not as fast as he used to be, that's just fine for Djerf. The World War II veteran and retired biology teacher has been walking his subdivision for more than 65 years, reports CBS News' Vladimir Duthiers.

"As I got older, I stop and rest more often and the neighbors have noticed Harvey's stopping and taking his breath so then they've been putting out different chairs and inviting me to sit and take a rest," Djerf said.

He's a bit of a celebrity in the town of Plymouth, Minnesota, about four miles outside Minneapolis.

At 95, life has a way of slowing down. But for Djerf, his walks and his rests are a chance to keep the pace steady.

These days, Djerf is on his own. His wife of 69 years suffered a stroke this past summer and is recovering at an assisted living facility.

It's the walking that keeps Djerf going, and it's the connection with his neighbors that might just motivate them.

"They say when they see Harvey go by twice a day, they figured they should get out and walk themselves," Djerf said.

How to guide teenagers who are ready to leave the nest

Why sending back too much stuff may get you blacklisted