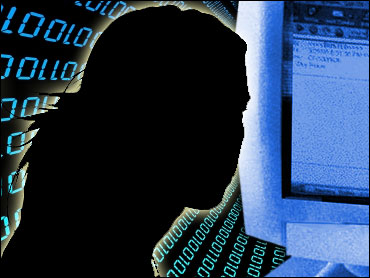 Megan Meier thought she had made a new friend in cyberspace when a cute teenage boy named Josh contacted her on MySpace and began exchanging messages with her.

Megan, a 13-year-old who suffered from depression and attention deficit disorder, corresponded with Josh for more than a month before he abruptly ended their friendship, telling her he had heard she was cruel.

The next day Megan committed suicide. Her family learned later that Josh never actually existed; he was created by members of a neighborhood family that included a former friend of Megan's.

Now Megan's parents hope the people who made the fraudulent profile on the social networking Web site will be prosecuted, and they are seeking legal changes to safeguard children on the Internet.

The girl's mother, Tina Meier, said she doesn't think anyone involved intended for her daughter to kill herself.

"But when adults are involved and continue to screw with a 13-year-old, with or without mental problems, it is absolutely vile," she told the Suburban Journals of Greater St. Louis, which first reported on the case.

Tina Meier said law enforcement officials told her the case did not fit into any law. But sheriff's officials have not closed the case and pledged to consider new evidence if it emerges.

Megan Meier hanged herself in her bedroom on Oct. 16, 2006, and died the next day. She was described as a "bubbly, goofy" girl who loved spending time with her friends, watching movies and fishing with her dad.

Josh told her he was born in Florida and had recently moved to the nearby community of O'Fallon. He said he was homeschooled, and didn't yet have a phone number in the area to give her.

Megan's parents said she received a message from him on Oct. 15 of last year, essentially saying he didn't want to be her friend anymore, that he had heard she wasn't nice to her friends.

The next day, as Megan's mother headed out the door to take another daughter to the orthodontist, she knew Megan was upset about Internet messages. She asked Megan to log off.

Megan's mother, who monitored her daughter's online communications, returned home and said she was shocked at the vulgar language her own daughter was sending. She told her daughter how upset she was about it.

Megan ran upstairs, and her father, Ron, tried to tell her everything would be fine. About 20 minutes later, she was found in her bedroom. She died the next day.

Her father said he found a message the next day from Josh, which he said law enforcement authorities have not been able to retrieve. It told the girl she was a bad person and the world would be better without her, he has said.

Another parent, who learned of the MySpace account from her own daughter who had access to the Josh profile, told Megan's parents about the hoax in a counselor's office about six weeks after Megan died. That's when they learned Josh was imaginary, they said.

The woman who created the fake profile has not been charged with a crime. She allegedly told the St. Charles County Sheriff's Department she created Josh's profile because she wanted to gain Megan's confidence to know what Megan was saying about her own child online.

The mother from down the street told police that she, her daughter and another person all typed and monitored the communication between the fictitious boy and Megan.

A person who answered the door at the family's house told an Associated Press reporter on Friday afternoon that they had been advised not to comment.

Megan's parents had been storing a foosball table for the family that created the MySpace character. Six weeks after Megan's death, they learned the other family had created the profile and responded by destroying the foosball table, dumping it on the neighbors' driveway and encouraging them to move away.

Megan's parents are now separated and plan to divorce.

Users on MySpace must be at least 14, though Megan was not when she opened her account. A MySpace spokeswoman did not return calls seeking comment.

Aldermen in Dardenne Prairie, a community of about 7,000 residents about 35 miles from St. Louis, have proposed a new ordinance related to child endangerment and Internet harassment. It could come before city leaders on Wednesday.

"Is this enough?" Mayor Pam Fogarty said Friday. "No, not by any stretch of the imagination, but it's something, and you have to start somewhere."