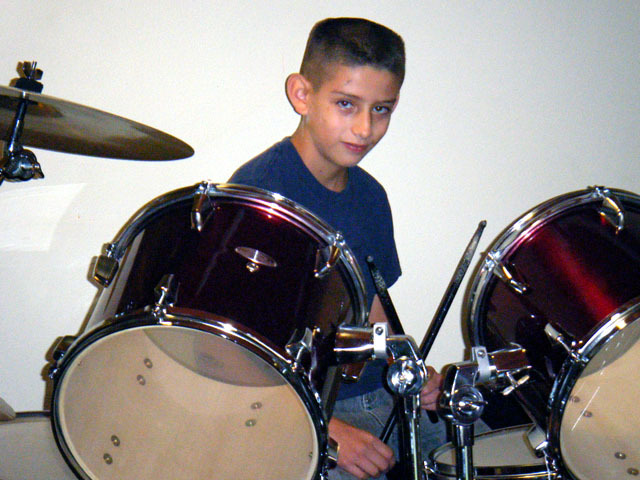 (CBS/AP) ALBUQUERQUE, N.M. - Family and friends will gather at a New Mexico church on Friday to mourn the deaths of a former pastor, his wife and their three youngest children who were allegedly shot by the eldest child, 15-year-old Nehemiah Griego on Jan. 19.

But now Nehemiah is facing murder and child abuse charges in the deaths of his family - Greg Griego, his wife, 40-year-old Sarah Griego, and three of their children: 9-year-old Zephania Griego and daughters Jael Griego, 5, and Angelina Griego, 2, all of whom were found shot to death inside their rural home south of Albuquerque.

Griego was just a normal teen to Vince Harrison, a former police officer who had known the family for about 10 years through his security work at the church.

"He did not fit the criteria of a kid who was crazy into guns and wanted to hurt people. That's absolutely false," Harrison said.

Detectives continue to pour over evidence gathered last weekend at the Griego home. They are also reviewing text messages and calls between Griego and his 12-year-old girlfriend, as well as security video from the church where the teen apparently spent much of the day following the early morning shootings.

After the killings, authorities allege that Griego reloaded his parents' two semi-automatic rifles, put them in the family van and planned to gun down Wal-Mart shoppers. Sheriff Dan Houston has said investigators have no information that Griego actually went to a Wal-Mart that day.