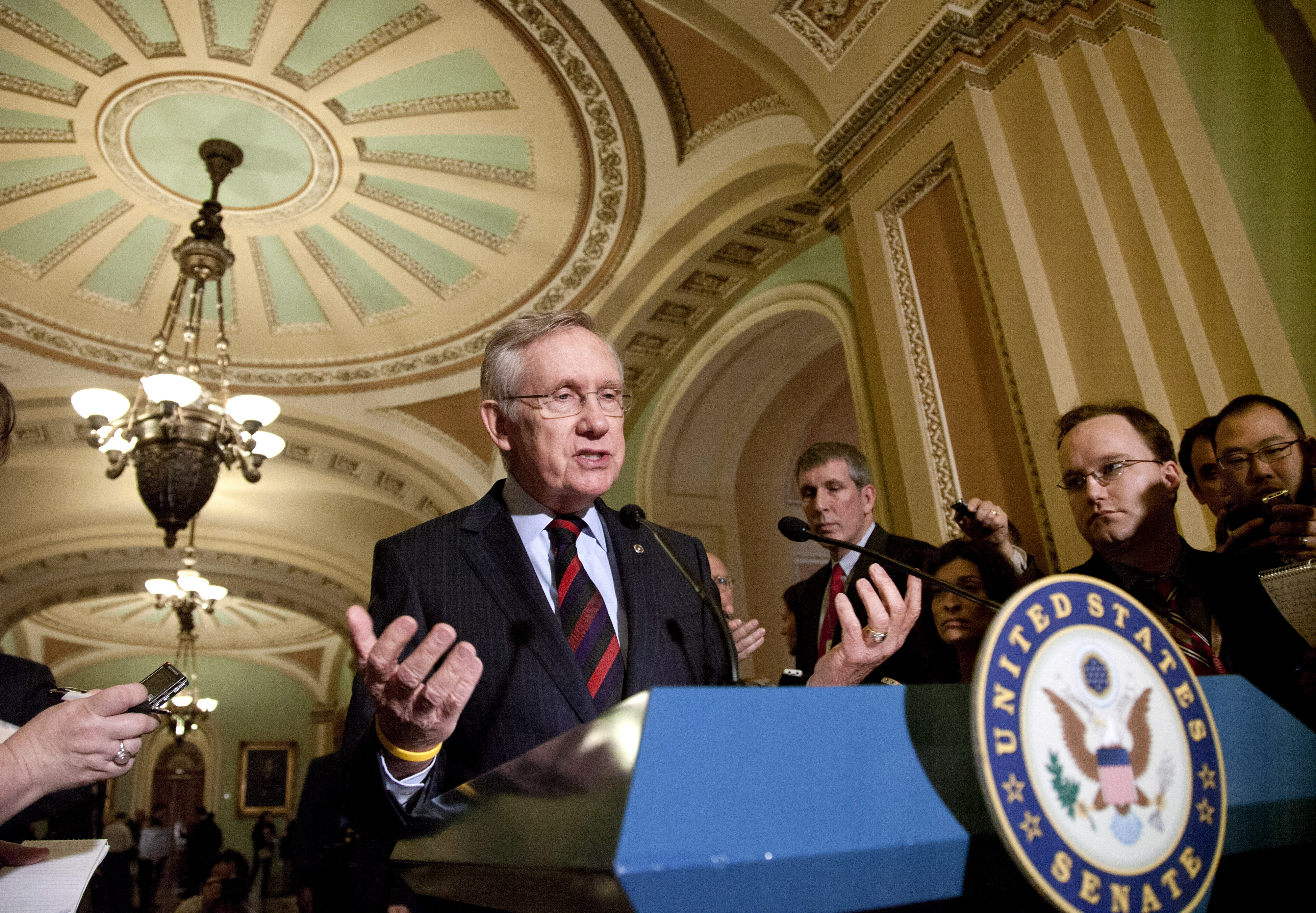 WASHINGTON - House-Senate talks on renewing a payroll tax cut that delivers about $20 a week to the average worker yielded a tentative agreement Tuesday, with lawmakers planning to unveil the pact Wednesday and sending the measure to President Barack Obama as early as this week.

Under the outlines of the emerging agreement, a 2 percentage-point cut in the Social Security payroll tax would be extended through the end of the year, with the nearly $100 billion cost added to the deficit. Jobless benefits for the long-term unemployed would be renewed as well, with the $30 billion cost paid for in part through auctioning broadcast spectrum to wireless companies and requiring federal workers to contribute more toward their pensions.

GOP lawmakers leaving a party meeting said they were told a tentative pact had been reached but said some details could change before the compromise was finalized, probably on Wednesday. They described the session as largely positive, and several predicted the House would approve the deal.

The payroll tax cut and renewing jobless benefits were key planks in Obama's jobs program, which was announced in September. The payroll tax cut benefits 160 million Americans and delivers a tax cut of about $20 a week for a typical worker making $50,000 a year. People making a $100,000 salary would get a $2,000 tax cut.

The deal would not only be a win for Obama but would take the payroll tax fight — which put Republicans on the defensive — off the table for the fall election campaign.

"The mood is to get it off the table," freshman Rep. Dennis Ross, R-Fla., said. "We've got to move on to another issue."

"It's a compromise," said Rep. Renee Ellmers, R-N.C., a tea party-backed freshman and one of the bargainers. "We knew we'd be making a compromise."

The agreement also would avert a huge cut in Medicare payments to doctors, financed by cuts elsewhere in the federal health care budget, GOP and Democratic aides said. The cuts include a hitting a "prevention fund" established under Obama's health care law aimed at fighting smoking and obesity.

Aides in both parties said Senate Democrats were rebuffed in an effort to renew a package of expired tax breaks for individuals and businesses, including clean energy tax credits cherished by Democrats and a tax break sought by businesses that purchase new equipment.

Negotiators agreed to reduce the number of weeks of benefits that workers would be eligible to receive if they lose their jobs. The maximum number of weeks of benefits in states with the highest jobless rates would be cut from 99 weeks to 73 weeks by the end of the year, said an aide to Rep. Sander Levin, D-Mich. The aide spoke on condition of anonymity to discuss the private talks.

And in a win for the Hispanic community, Republicans would drop a proposal to require that low-income workers who claim a refundable child tax credit be required to have a Social Security number. The proposal was aimed at blocking illegal immigrants from claiming the credit, but the idea created a firestorm among Hispanics who pointed out that many of the children affected by the cutoff are U.S. citizens.

Republicans also were expected to drop a proposal requiring unemployed people to enroll in GED classes to obtain benefits, and a GOP proposal allowing states to employ drug tests as a condition of receiving unemployment benefits would be scrapped as well. But Republicans won a provision requiring jobless people to be more diligent in job searches as a condition of receiving benefits.

The legislation also would extend welfare grants to states.

Tuesday's developments came just a day after GOP leaders announced that they would relent on a demand that the cost of renewing the payroll tax cut be defrayed by spending cuts elsewhere in the budget. That made it significantly easier for negotiators to come up with savings to pay for the remaining items.

Obama weighed in Tuesday, urging Congress to act immediately to renew both the payroll tax cut and jobless benefits for millions of workers who have been out of work for more than six months.

"Just pass this middle-class tax cut. Pass the extension of unemployment insurance," Obama said at a White House appearance. "Do it before it's too late and I will sign it right away."

Democrats in the Senate warned Republicans that they would pay a political price for extending the payroll tax cut while allowing millions of jobless people lose their unemployment benefits.

Republicans acknowledged that the issue had cost them politically. The pact comes less than two months after a fight over a temporary renewal of the tax cut blew up in the faces of House Republicans.

"The plan provides temporary tax relief for American families and takes off the table a false political attack the president and congressional Democrats wanted to use all year long — that somehow Republicans were standing in the way of a middle class tax cut," a House GOP leadership aide said.