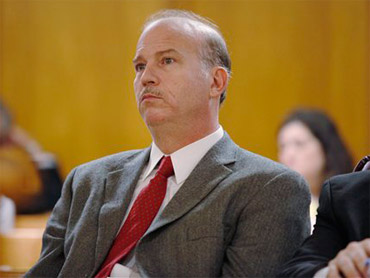 A judge ruled Tuesday that Kansas law doesn't allow a so-called "necessity defense" in the trial of a man charged with killing one of the nation's few late-term abortion providers.

The decision was another blow to lawyers for 51-year-old Scott Roeder, who has confessed to shooting Dr. George Tiller on May 31 and says it was necessary to save unborn children.

In his ruling, Judge Warren Wilbert cited a 1993 criminal trespassing case involving an abortion clinic in which the Kansas Supreme Court said that to allow the personal beliefs of a person to justify criminal activity to stop a law-abiding citizen from exercising his rights would "not only lead to chaos but would be tantamount to sanctioning anarchy."

But he noted that that case dealt only with a property rights issue, whereas the case involving Roeder has elevated the argument to whether it is justified to take one life for another.

"That is certainly not a position I want to be in - because I am not God," Wilbert said.

However, the judge told attorneys he would "leave the door open" to consider later whether to allow specific evidence on the use of force for the defense of another person before letting the jury hear it.

"That doesn't mean it is wide open ... we can discuss it," Wilbert said.

The decision came during a hearing that mostly dealt setbacks to Roeder's defense. The judge rejected a change of venue request and a motion that would have kept prosecutors from making peremptory jury strikes based on potential jurors' beliefs about abortion.

While Wilbert denied the motion to prohibit the strikes, he said he would deal with such issues on a person-by-person basis during the trial, which is scheduled to begin Jan. 11. He refused to move the case out of Wichita, where pre-trial publicity has been intense.

Roeder, 51, of Kansas City, Missouri, is charged with one count of premeditated, first-degree murder in Tiller's death and two counts of aggravated assault for allegedly threatening two ushers during the May 31 melee in the foyer of the doctor's Wichita church.

Roeder, who has pleaded not guilty, on Nov. 9, telling The Associated Press he had no regrets about killing Tiller and suggesting the necessity defense should be the only contested issue at his trial. He declined to say when asked if he would kill another abortion provider if he were acquitted.

The "necessity defense" has rarely been used successfully in abortion cases. Roeder's attorneys - while arguing that their client has a right to present his theory of defense - have so far kept their own strategy secret.

Prosecutors have overwhelming evidence against Roeder, chiefly the witnesses who identified him during a July preliminary hearing as the shooter. Legal experts have said prosecutors likely will want to keep the trial limited to a straightforward murder case and avoid a discussion of abortion.