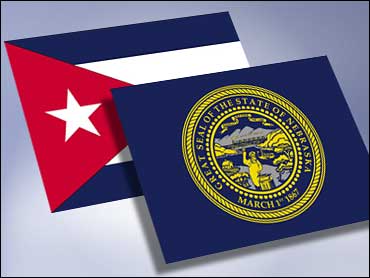 Nebraska Gov. Dave Heineman met with top Cuban trade officials Monday, putting the finishing touches on another round of contracts to export his state's food to the communist-run island.

It was the Republican's third visit to Havana. In 2005, he signed deals to export $30 million worth of agricultural products to Cuba. Nebraska officials agreed to a similar deal a year ago, with about a third of those contracts executed since, the governor said.

Cuban officials scheduled a signing ceremony at the capital's Hotel Palco for Tuesday night, but Heineman would not say how much those contracts would be worth. He said Nebraska officials are beginning to explore shipping medical supplies to Cuba, but negotiations on this trip will focus on dry beans, soy beans, wheat, beef and pork.

There had been talk the governor would postpone his visit after 80-year-old Fidel Castro fell ill, ceding power to his 75-year-old brother, Raul, following emergency intestinal surgery last summer. But Heineman, who traveled here with 31 state officials and business leaders, said most of Nebraska's dealings are with the island's food import company, Alimport, not the office of Cuba's president.

"We're down here for a long-term relationship," he said. "This is not about just this year or next year. We want to be down here for years to come. Ten years from now, even when I'm no longer the governor."

Whether Heineman plans to meet with Raul Castro is unclear. Fidel Castro has not been seen in public since stepping aside, but life on the island has proceeded as normal and top aides have repeatedly talked up his improving health in recent weeks.

Washington's 45-year-old embargo chokes off most trade with Cuba, but U.S. medical supplies have been authorized for exportation to the island since 1992, and a law passed by Congress in 2000 permitted Castro's government cash-only purchases of U.S. food and agricultural products. The measure was cheered by major U.S. farm firms interested in the untapped Cuban market.

Cuba refused to import one grain of rice for more than a year because of a dispute over financing, but finally agreed to take advantage of the law after Hurricane Michelle in November 2001 cut into its food stocks. Since then, the United States has become the island's leading source of food and agriculture products.

Heineman ducked questions about whether it was time to rethink the embargo, saying "that's for the president and the Congress. They make their decisions. I'll operate under those rules."

Greg Ibach, director of the state's Department of Agriculture, said Nebraska had the fifth-largest agricultural economy in the U.S.

"Agricultural trade is what we pursue around the world. In Cuba that opportunity exists today, and that fits right in with what we're looking for," he said.

Asked if he might alienate some Nebraskans by traveling to Havana again, Heineman said, "that's not something I worry about."

"My job is to do the best job I can for the state of Nebraska, for our farmers and ranchers," he said. "Cuba has been very, very good to our state."