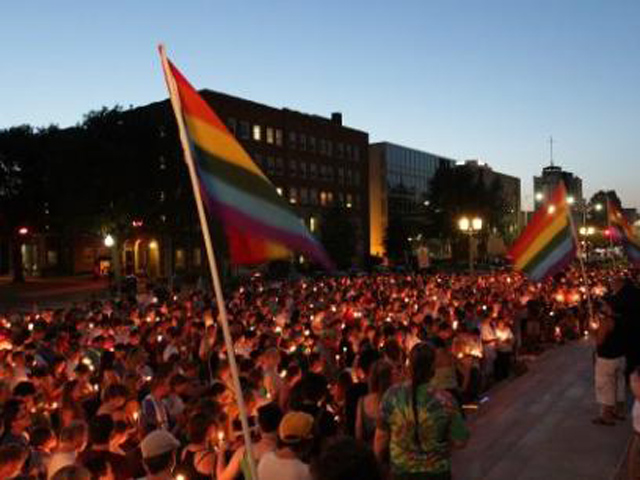 (CBS/KOLN/AP) LINCOLN, Neb. - Police are investigating an attack on a Nebraska woman who said three masked men broke into her house in Lincoln, carved anti-gay slurs into her skin and tried to light her house on fire.

The victim reportedly crawled from her house, naked, bleeding and screaming for help. Police responded at 4 a.m. Sunday.

According to CBS affiliate KOLN, police found words written in the woman's home that were derogatory towards her sexual orientation.

Police spokeswoman Katie Flood said Monday the case is under investigation as a hate crime, and police had no suspects.

Lincoln Mayor Chris Beutler says the city and Lincoln police will do everything in their power to ensure justice is done, KOLN reports.

"Hate crimes are despicable and appalling to me and to all Lincoln residents," said Beutler. "Lincoln strives to be a community that embraces tolerance and equality. We stand united with our gay and lesbian citizens in denouncing violence directed at any group."

Over 500 people attended a vigil Sunday night in support  of the woman after news of the case spread rapidly on social networks, KOLN reports.