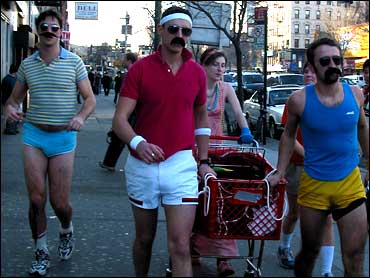 What appeared to be a slight knee injury for Nebraska quarterback Bobby Newcombe could be more serious than initially thought.

Nebraska quarterbacks coach Turner Gill said Sunday that Newcombe is listed as doubtful for next week's game against Alabama-Birmingham because of a slight tear to his posterior cruciate ligament.

Newcombe suffered the injury in the third quarter of Saturday's 56-27 victory over Louisiana Tech. At first, the injury was thought to be only a knee sprain and Newcombe continued to play.

Newcombe, a sophomore who played wingback and returned punts last season, was making his debut at quarterback against the Bulldogs. He was hurt on an option play after pitching to Dan Alexander, who scored on a 4-yard run.

"He said he got hit or fell on the knee," Gill said. "After that play, he came over to the sideline and said he had some pain or stiffness in the knee. He still played one or two more series."

Gill said the staff expects to know more by Monday about Newcombe's condition. He said the injury won't require surgery but if Newcombe's knee swells, next week's start will probably go to freshman Eric Crouch.

"We'll just see how it goes," Gill said. "We're saddened by it. Bobby had an outstanding ballgame against Louisiana Tech."

Crouch, like Newcombe a Parade All-American as a high school quarterback, took over the offense midway through the fourth quarter Saturday. Gill said at the time, coaches just wanted Crouch to get some snaps.

Although Crouch redshirted last season, Gill said the coaching staff is confident he could step in immediately.

"We feel very comfortable if we have to go with Eric Crouch as our starter against Alabama-Birmingham," Gill said. "We'll still have a very good offensive situation ging into the game."

After Crouch, the other quarterbacks are senior Monte Christo and sophomore Jay Runty.

The Cornhuskers also have junior Frankie London, who backed up Scott Frost last season and was listed as the top quarterback going into spring practice before losing out to Newcombe and Crouch.

Gill was asked whether London, who was moved to wingback when fall practice started, might return to quarterback.

"I haven't really thought about that," he said. "In the back of my mind, yeah, we've got Frankie London and he has played quarterback. But there's been no decision."