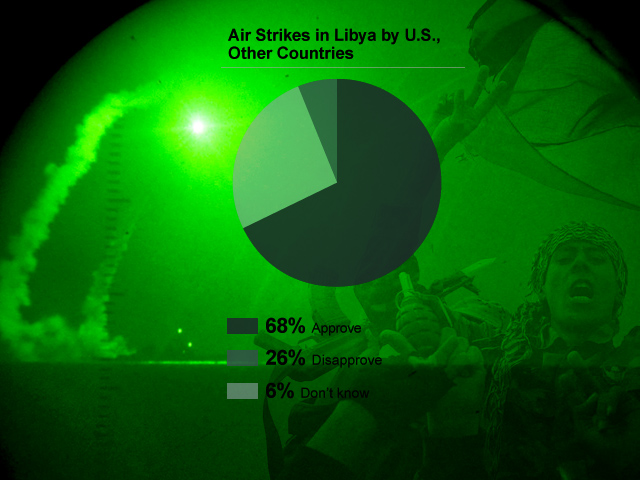 Nearly seven in ten Americans support the use of military air strikes in Libya in order to protect civilians from attacks by Libyan leader Muammar Qaddafi, a new CBS News poll finds.

In a survey taken on Sunday and Monday, following Saturday's first round of U.N.-sanctioned missile and air strikes aimed at Libya, 68 percent of Americans said they approved of the military action. Just 26 percent said they disapproved.

More than four in five Americans say that what happens in Libya is important to the U.S., according to the survey, including 38 percent who said they considered it "very important." Last month, 46 percent felt what was happening in Egypt was "very important" to the U.S.

Americans have supported this type of military action before. According to a CBS News Poll conducted in September 1995, 59 percent of Americans approved of air strikes in Bosnia during the war there. In March 1999, 51 percent favored US and NATO air strikes in Yugoslavia during the Kosovo War.