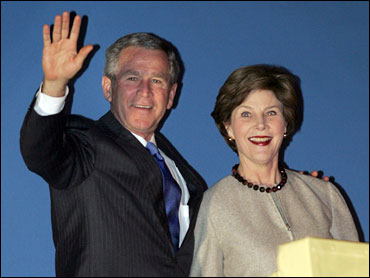 Eight months, seven starts and two stints on the disabled list later, Denny Neagle has finally won a game for the Cincinnati Reds.

Neagle gave up three solo homers, two by Barry Bonds, but the Reds used a big first inning and a couple of solo homers of their own to beat the San Francisco Giants 7-4 Friday night.

The Reds rushed Neagle (1-3) back from his second stay on the DL after only one minor league start because their rotation is thinned by injuries.

Neagle paced the clubhouse before the game and admitted he had a case of the jitters when he took the mound.

"I'll tell you what: I've pitched in the postseason and in an All-Star game, but I think I was more nervous tonight," Neagle said. "I wanted to get out there and help the team win."

"I didn't pitch like I wanted to, but we got the win."

He gave up six hits and struck out five as he held out in the heat for 5 2-3 innings and 95 pitches, getting his first victory since last Sept. 26 with Atlanta.

Appropriately, it came against San Francisco Neagle is 10-1 career against the Giants, including 8-0 in his last 10 starts against them.

When the Reds got Neagle from the Braves last Nov. 10 in a five-player deal that included Bret Boone, they figured he'd become their No. 1 starter. Instead he has spent two stints on the disabled list with shoulder weakness and went 0-3 in six starts from April 21 to May 19.

The Reds are hoping this is the start of a strong closing run by Neagle.

"It's important, but it's just the first test," said shortstop Barry Larkin, who had three hits. "He can do better than he showed. He struggled with his location, which ws evident by the balls that were hit hard. But it was encouraging that he able go out and throw that number of pitches."

He held up better than Mark Gardner (3-9), who wilted in the heat. It was 103 degrees downtown at the first pitch, and the humidity made it feel like 111 degrees on Cincinnati's hottest day since 1988.

"It was taxing warming up," said Gardner, who gave up seven runs and threw 103 pitches in 5 1-3 innings. "It was incredible. I can't describe it. It's something I hope I don't ever experience again."

After retiring the first two batters in the first, Gardner hit Sean Casey, walked Greg Vaughn, gave up an RBI single to Larkin and then walked Taubensee and Aaron Boone to force in another run. Chris Stynes followed with a two-run single.

Mike Cameron and Eddie Taubensee also hit solo homers off Gardner as the Reds got their sixth victory in seven games. Cincinnati improved to a season-high 17 games over .500 at 59-42.

The Giants never recovered from the first inning and wound up losing for the 11th time in 16 games.

"Casey's up with two outs and two strikes and he hits him in the foot, and they score four runs," Giants manager Dusty Baker said. "Either they're going real good or we're going real bad when that happens."

Bonds, one of three Giants who got contract extensions before the game, hit solo homers in each of his first two at-bats and Rich Aurilia added a solo homer off Neagle, who has allowed 11 homers in 31 innings this season.

When he made a mistake, the Giants hit it hard.

"He was throwing mostly fastballs and was able to put them where he wanted," Taubensee said. "He didn't throw that many change-ups and most of them didn't go where he wanted them to."

After Gabe White gave up an RBI double to Stan Javier with one out in the San Francisco ninth, Scott Williamson came in and got the final two outs for his 15th save.

Before the game, the Giants agreed to a four-year contract with first baseman J.T. Snow, who was eligible for free agency after the season. They also exercised Bonds' option for 2001 and Jeff Kent's option for 2002, keeping both of them under contract for another year.

Bonds homered in each of his first two at-bats, his second multihomer game of the season and the 35th of his career. He has hit 26 homers in Cincinnati, the second-most by a visiting player. Hall of Famer Mike Schmidt hit 29.