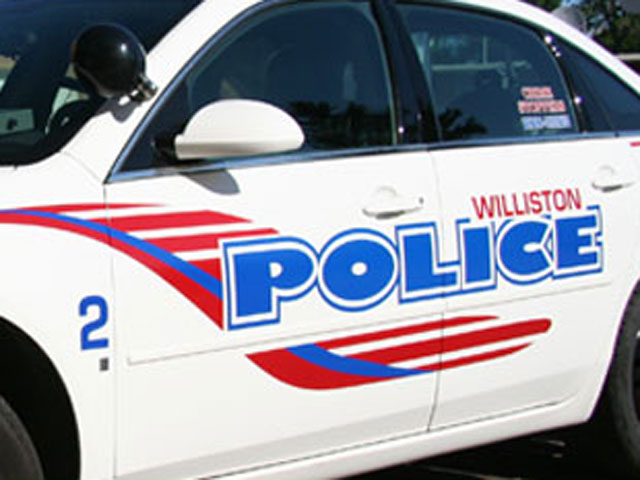 Police in Topeka, Kan. say that's about how the conversation went after Kent Clemens robbed a bank in the oil boomtown of Williston, N.D., then returned home with a stack of crisp $50 bills, and, apparently, suffered from a bout of guilt.

Three days after Clemens allegedly held up a bank in the western North Dakota city, the 53-year-old called 911 and asked police in his hometown of Topeka to arrest him "for making a mistake," according to an FBI affidavit filed in federal court.

When police arrived at Clemens' home last month, he was sitting on the front porch, "wearing what appeared to be the same blue polo shirt he was wearing when he committed the Gates City Bank robbery," the FBI affidavit said. He "put both of his hands out to police and told them to arrest him for making a mistake," court papers said.

Clemens is being held in North Dakota. He appeared in federal court in Bismarck on Aug. 17 and waived his right to a preliminary hearing.

According to court papers, the suspect was wearing a polo shirt, a golf-style flat cap and tinted glasses when he walked into Gates City Bank in Williston on July 18.

He "looked more like he was going golfing than robbing a bank," said Williston Police Det. Cory Collings.

The suspect told the teller he had a gun and demanded $50 bills. The robber fled on foot with about $700, court papers said.

Clemens told authorities he did not have a gun at the time of the robbery and believed he made off with $800.

North Dakota has risen from the nation's ninth-leading oil producer to No. 2 in just six years, and Williston is the epicenter of the state's oil patch. Officials say the city's population has doubled in the past decade to some 30,000 residents.

Collings said the Williston Police Department is understaffed and overwhelmed by the increased crime from an exploding population.

"It would be great if all of our cases worked out like this. At least some of the sleepless nights would maybe go away," Collings said Tuesday.