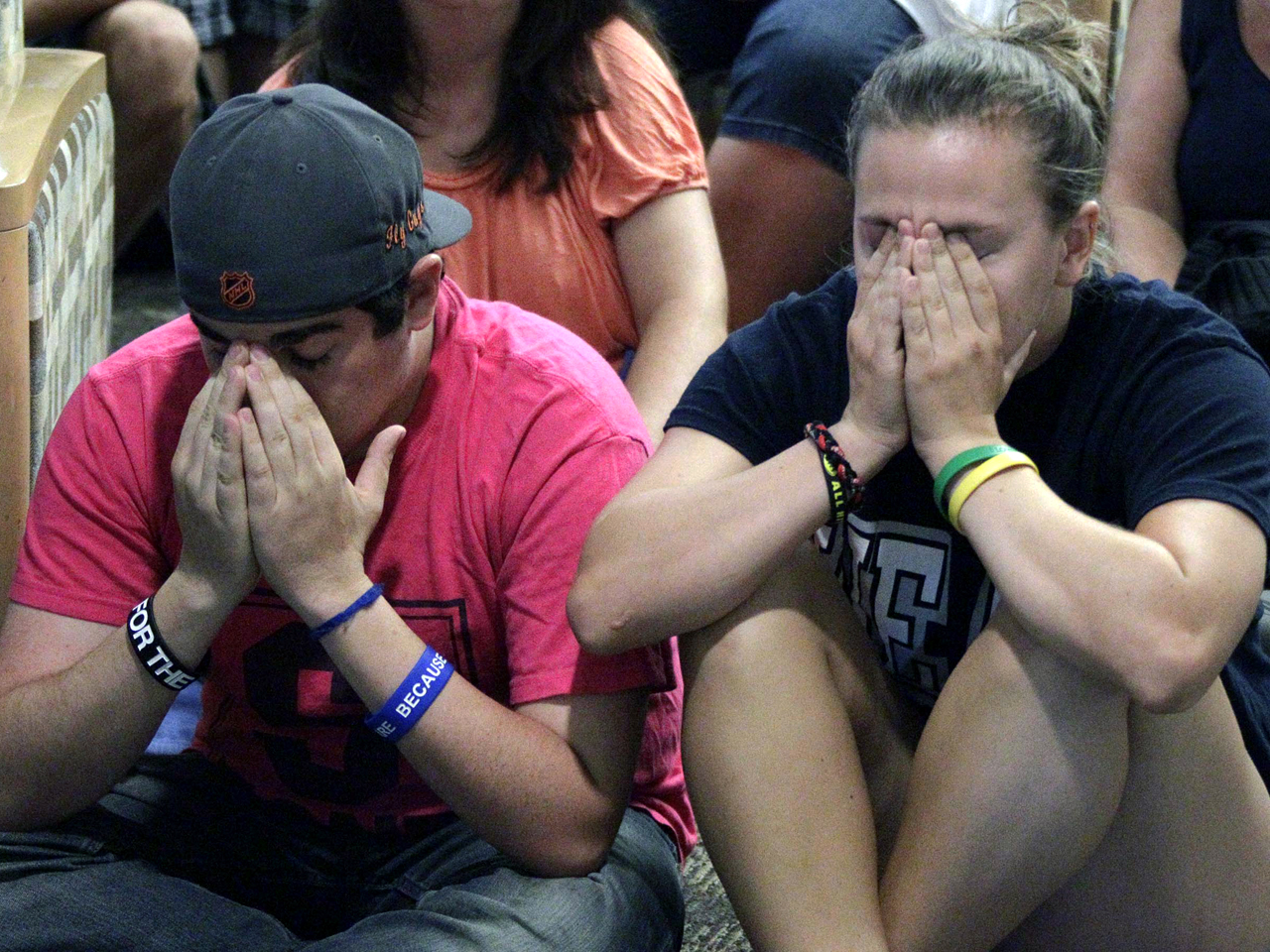 (The Nation) At 9 this morning, a crime took place masquerading as a farce. NCAA President Mark Emmert, a man who in 2010 called Joe Paterno "the definitive role model of what it means to be a college coach," levied a series of unprecedented sanctions against the football program Paterno built, the Penn State Nittany Lions. Emmert determined that the entire program had to suffer because of the role the late Coach Paterno, along with other leading school officials, played in covering the tracks of serial pedophile Jerry Sandusky. That collective suffering will mean a $60 million fine, a four-year post-season ban and the vacating of all wins from 1998-2011. He said piously, "Programs and individuals must not overwhelm the values of higher education." It's not "the death penalty," also known as the end of the football program, but it's life without the possibility of parole.

Emmert sounds righteous. He's also dead wrong. His decision will of course gut Penn State athletics. It will also create a siege mentality among PSU alumni causing a rush of donations that, I bet, will make up the difference in a week. It's a farcical public relations move that distracts the public from actually holding to account those responsible for protecting Sandusky. Former FBI director Louis Freeh had said that the root of the problem was the "culture of reverence" for football. Penn State did more to confront this culture of reverence by taking down their statue of Joe Paterno on Sunday than Mark Emmert did today. If anything, Emmert strengthened that culture of reverence by choosing to grab the spotlight and bathe the NCAA in its saintly glow. But that's not the only reason Mark Emmert's decision should be opposed. That's just the farce. We also have the crime.

Today marked a stomach-turning, precedent-setting and lawless turning point in the history of the NCAA. The punishment levied by Emmert was nothing less than an extra-legal, extrajudicial imposition into the affairs of a publicly funded campus. If allowed to stand, the repercussions will be felt far beyond Happy Valley.

Take a step back from the hysteria and just think about what took place: Penn State committed no violations of any NCAA bylaws. There were no secret payments to "student-athletes," no cheating on tests, no improper phone calls, no using cream cheese instead of butter on a recruit's bagel, or any of the Byzantine minutiae that fills the time-sheets that justify Mark Emmert's $1.6 million salary.

What Penn State did was commit horrific violations of criminal and civil laws, and it should pay every possible price for shielding Sandusky, the child rapist. This is why we have a society with civil and criminal courts. Instead, we have Mark Emmert inserting himself in a criminal matter and acting as judge, jury and executioner, in the style of NFL commissioner Roger Goodell. As much as I can't stand Goodell's authoritarian, undemocratic methods, the NFL is a private corporation and his method of punishment was collectively bargained with the NFL Players Association. Emmert, heading up the so-called nonprofit NCAA, is intervening with his own personal judgment and cutting the budget of a public university. He has no right, and every school under the auspices of the NCAA should be terrified that he believes he does.

Speaking anonymously to ESPN, a former prominent NCAA official said, "This is unique and this kind of power has never been tested or tried. It's unprecedented to have this extensive power. This has nothing to do with the purpose of the infractions process. Nevertheless, somehow [the NCAA president and executive board] have taken it on themselves to be a commissioner and to penalize a school for improper conduct."

Or as Yahoo! Sports' Pat Forde said succinctly, "Emmert seems determined to go where no NCAA president has gone before."

Emmert justifies this by saying Penn State "lost institutional control" of the football program. Tragically, the opposite is the case here. There was so much control a serial child rapist was able to have his tracks covered for -- at least -- thirteen years. He is instead using this canard of "institutional control" to justify an abrogation of public budgets, public universities and, most critically, public oversight.

The discussion we should be having is how to organize the outrage of the Penn State campus and the people of Pennsylvania to expel the entire Board of Trustees. Just as the statue of Coach Paterno came tumbling down in the name of turning the page at Penn State, the board should follow. We should be talking about how to push for a full investigation of Governor Tom Corbett and his own extra-slow-motion investigation of Sandusky when he was the state's attorney general. Former Governor Ed Rendell, as a board trustee during Sandusky's continued presence on campus, should be subpoenaed as well. But instead, we get the maiming of Penn State's athletic budget for the grand purpose of turning Mark Emmert and the NCAA into something they have no legal right to be. Private, unaccountable actors have no business cutting the budgets of a public campus. Today's move by Emmert didn't bring justice to any of Sandusky's victims. It didn't help clean house at Penn State. Instead it was extra-legal, extrajudicial and stinks to high heaven.