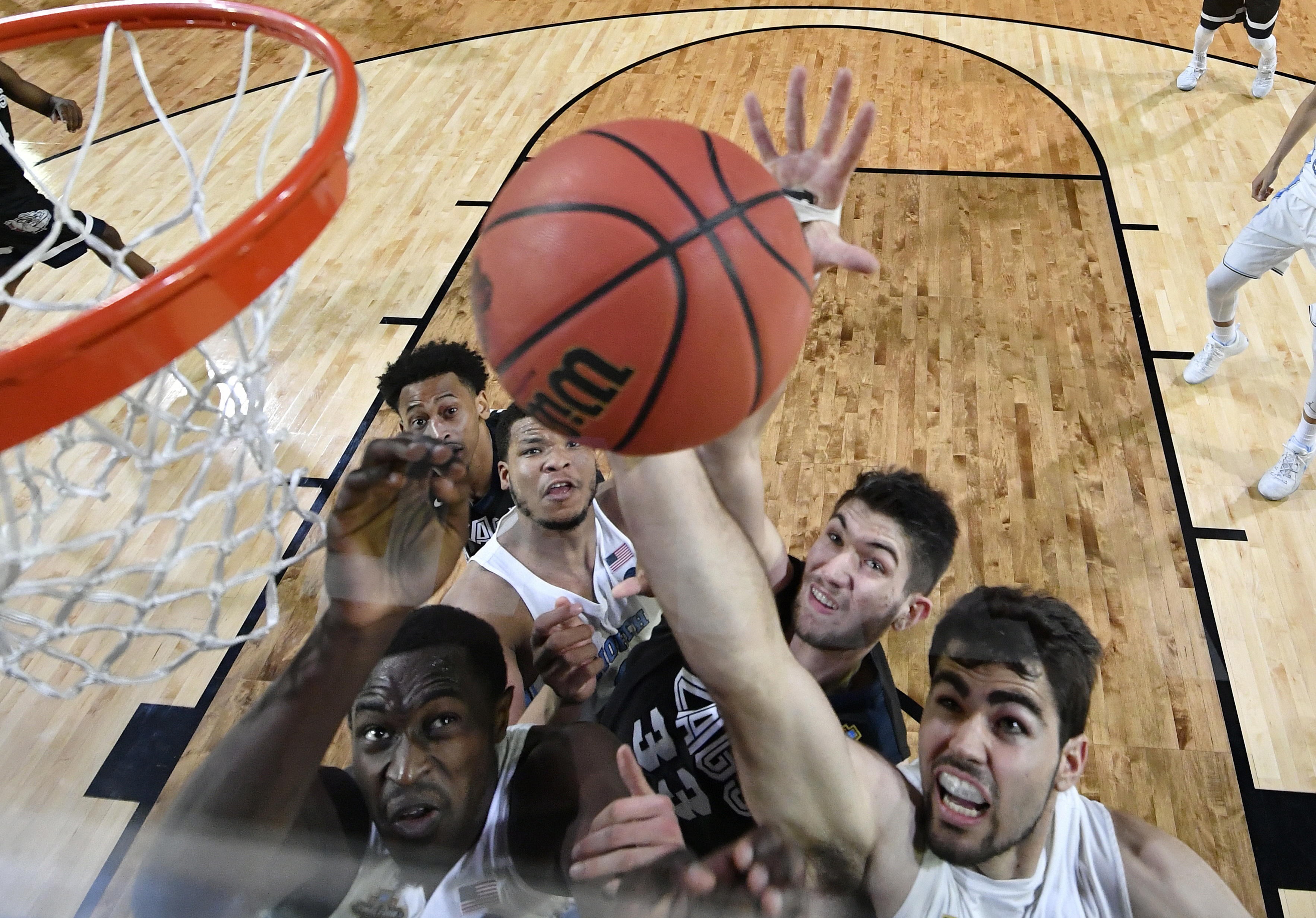 NEW YORK --  Round one of the 2018 NCAA men's basketball tournament started Thursday at 12:15 p.m. ET. Some brackets were torched early with the Miami Hurricanes and Oklahoma Sooners eliminated in the first round of action. Find all the latest scores and times for Friday's action below.

Tournament rankings and predictions for your picks

SportsLine's bracket prediction simulator, which went 27-5 for the first round last year, predicts several upsets. It's algorithm ran every possible matchup through a computer simulation 10,000 times. The team that won over half the simulations was selected to advance.

The first round has begun! Full schedule below. All times Eastern.

The Final Four is set for March 31 and April 2 in San Antonio. Shortly after that, a commission led by former Secretary of State Condoleezza Rice is expected to deliver recommendations from an investigation triggered by an FBI probe that led to charges last fall against assistant coaches, agents, employees of apparel companies and others.