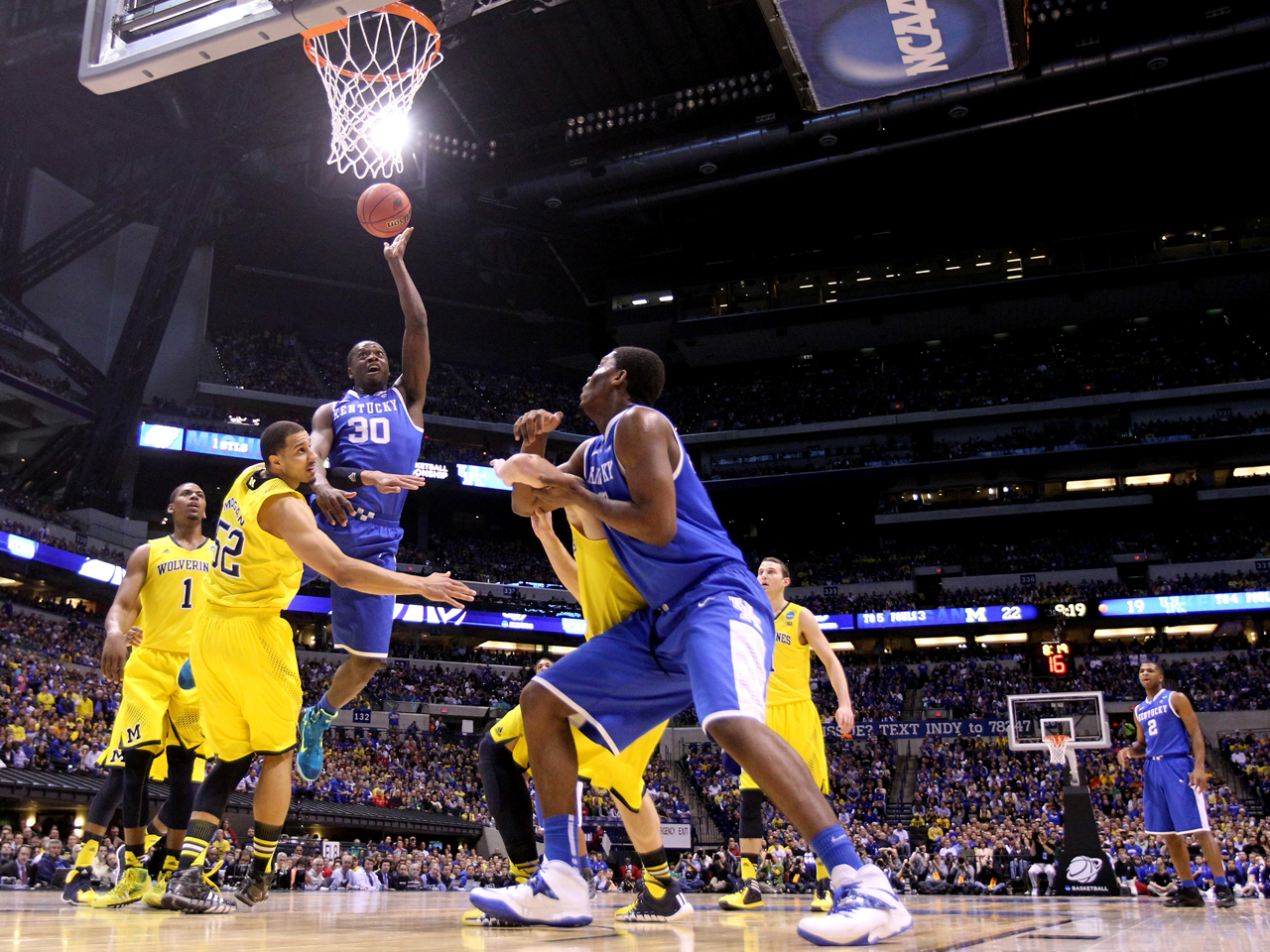 INDIANAPOLIS - Aaron Harrison made a 3-pointer from NBA range with 2.3 seconds left Sunday to lift Kentucky to a 75-72 win over Michigan and a trip to the Final Four.

Harrison, one of five freshmen on eighth-seeded Kentucky's starting lineup, elevated over Caris LeVert, and drained it. He scored all 12 of his points over the last 8:05.

Nik Stauskas missed a heave at the buzzer and the Wildcats (28-10) rushed off the bench and dogpiled Harrison at midcourt.

This will be Kentucky's 16th trip to the Final Four and it marks the first time an all-freshman starting lineup has made it there since the Fab Five took Michigan in 1992.