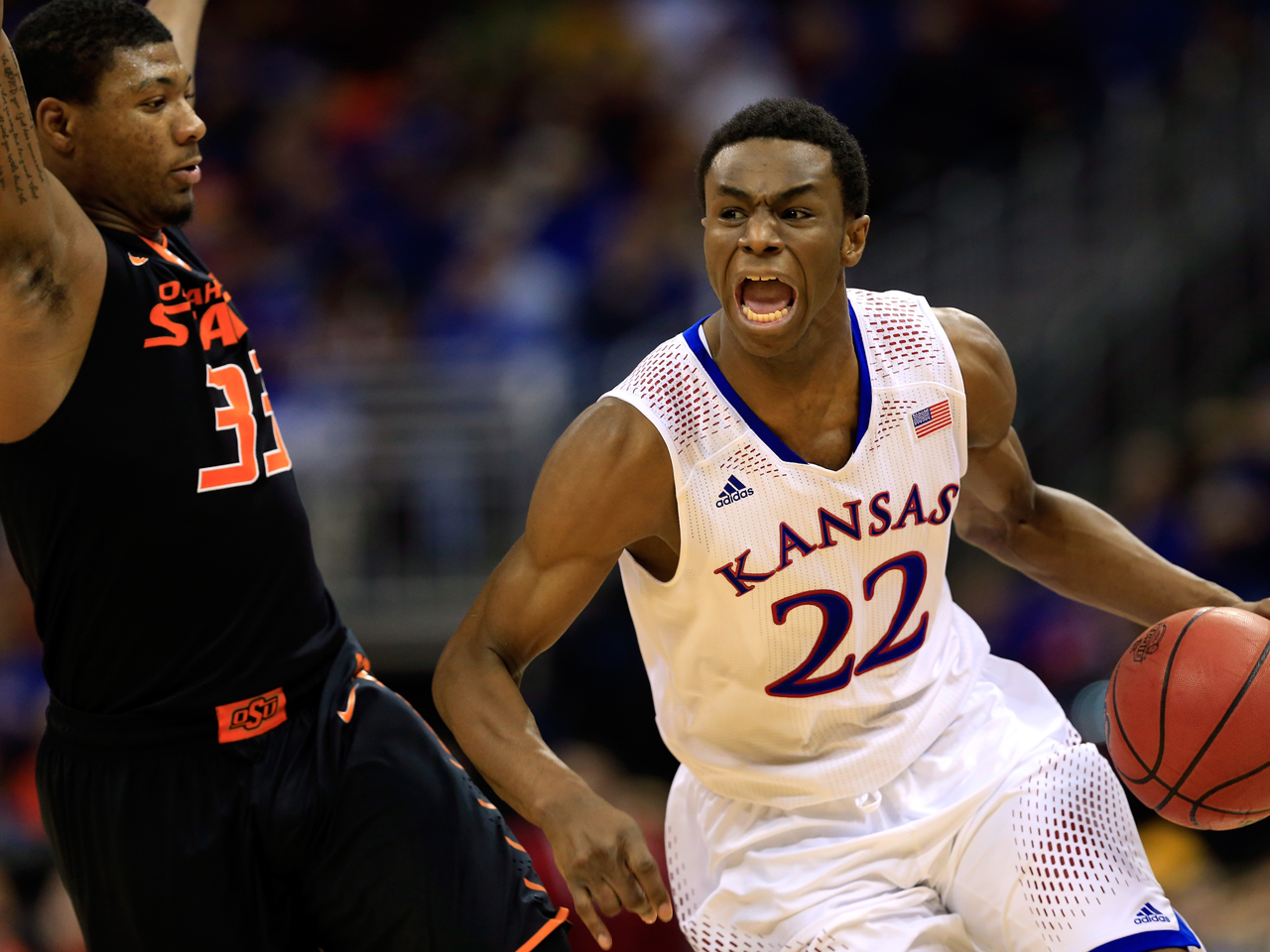 The surprises start right at the top of the NCAA tournament bracket: Virginia is a No. 1 seed.

They keep going throughout the matchups. Last year's national champion, Louisville, was seeded fourth in the Midwest despite playing well enough to be considered a No. 1 by many.

And speaking of that Midwest region - Wichita State and Michigan are there, as well, making it three of last year's Final Four participants all vying for one spot this year.

SMU, the team led on a renaissance by coaching lifer Larry Brown - nowhere to be found. And Michigan State, the team that geared things up in time to win the Big Ten tournament, is only a No. 4 seed.

The tournament begins Tuesday with a pair of First Four games, and things get going in earnest Thursday when 32 of the 64 teams in the main draw take to the floor.

As expected, Florida earned the top overall seed and is No. 1 in the South. Undefeated Wichita State is on top in the brutal Midwest, and Arizona took top billing in the West despite losing to UCLA in the Pac-12 final.

In the end, the individual matchups mean much more than the seeding details. Still, some of the numbers the selection committee came up with this year were head-scratchers - yet another reason Warren Buffett felt perfectly comfortable fronting the insurance money to pay a $1 billion prize to anyone who can fill out a perfect bracket.

Wake Forest athletic director Ron Wellman, the chairman of the selection committee, said Virginia's twin ACC championships - regular season and tournament - made the Cavaliers (28-6) the choice for a 1 seed over Michigan and Villanova, despite an RPI rating of 11.

"Virginia's total resume was very impressive," Wellman said. "They continued to impress us throughout the year."

Michigan is a '2' in the Midwest and could need to get through Duke, among others, simply to reach the regional final. The top half of the bracket includes Wichita State, Kentucky and Louisville.

The last bubble teams in were Iowa, which plays Tennessee in the First Four on Wednesday; and North Carolina State, which plays Xavier on Tuesday.

Sitting out was SMU - a team almost all the experts had securely in the bracket. Not the folks in the conference room, who couldn't overcome the Mustangs' strength of schedule: 129.

"When I saw Louisville (was a 4 seed), I kind of figured that they didn't have a lot of respect for our conference," Brown said. "But we only can blame ourselves, that's the way I look at it."

And while the committee didn't show much love for the AAC, it did dole out plenty of at-large spots to the big conferences, while only seven spots went to the mid-majors. The so-called small schools took 11 slots in each of the last two seasons.

If you're going to fill out a bracket this year, don't forget that you can win $1 billion if you correctly predict the outcome of every game.