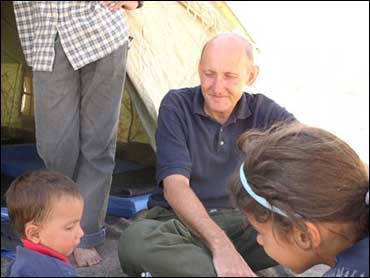 Amato, 53, admitted during a noon news conference that he had slept only six hours the past two days. But the assistant to Bowden for the past 18 seasons had an overflow crowd of 300 Wolfpack alumni and supporters on the edge of their seats during his emotional, inspirational return to his alma mater.

"Nothing is easy," said Amato, the former Wolfpack linebacker who replaced Mike O'Cain. "We have to roll our sleeves up. We're not afraid of that. It (winning) can happen if we all get together."

Amato, who inherits a 6-6 team, was given a five-year contract with a base salary of $185,000 a season. He offered no grand predictions of future success.

"It might get worse before it gets better," he said. "All I ask is that you don't panic."

Amato coached at N.C. State from 1972-1980, then spent two years at Arizona as defensive coordinator. He joined Florida State as an assistant in 1982 and has been linebackers coach since 1996.

Nicknamed "Chuck the Chest," Amato became choked up early in his news conference when he mentioned former Wolfpack coaches Earle Edwards and Al Michaels, both deceased. Amato considers them his mentors.

He also thanked two of the game's coaching giants, Bowden and Lou Holtz. Amato coached under Holtz at N.C. State in the mid-1970s.

"I would have a hard time repaying him for what he did for us here," Bowden said of Amato in a telephone interview from Tallahassee, Fla. "Chuck is as fine a football coach as I've ever been around.

"I was really afraid that North Carolina State would do like a lot of schools do when they are looking for a head coach, go after a big name," Bowden said. "But I knew they had a gem right under their nose in Chuck. They made a wise decision."

It took the Wolfpack six weeks to hire a coach after athletic director Les Robinson fired O'Cain on Nov. 24 following a 41-40 record in seven seasons.
Robinson defended the length of the search, saying Bowden himself called early in the process to ask if Amato could be allowed to coach against Virginia Tech in Tuesday's national title game.

"We are part of a corporate group bigger than N.C. State called the Atlantic Coast Conference," Robinson said. "We really pull for each other, and we had a team playing for the national championship. It helps put money in our pockets.

"It was that important to them that he coach in that game," Robinson added. "Then, I got to thinking, `How bad would it be for our (new) head coach to have been the assistant head coach, on national TV, winning the national championship?"

Amato said he met with Robinson in Charlotte on Wednesday and that they finalized the deal at 2 a.m. Thursday.

Amato had been recruited by other schools several times before, but he believes this is the right move. His wife, Peggy, is from Raleigh.

"Sure, N.C. State has something to do with it. But there are only nine people who are head coaches in the Atlantic Coast Conference. I am one of them. I think that is an honor."

Robinson said he talked to about 12 coaches during the long search but met with Amato first and made the offer only to him.

"There were so many things I liked about him. I wanted somebody to beat him," Robinson said. "He was put there as a standard. Nobody beat him."