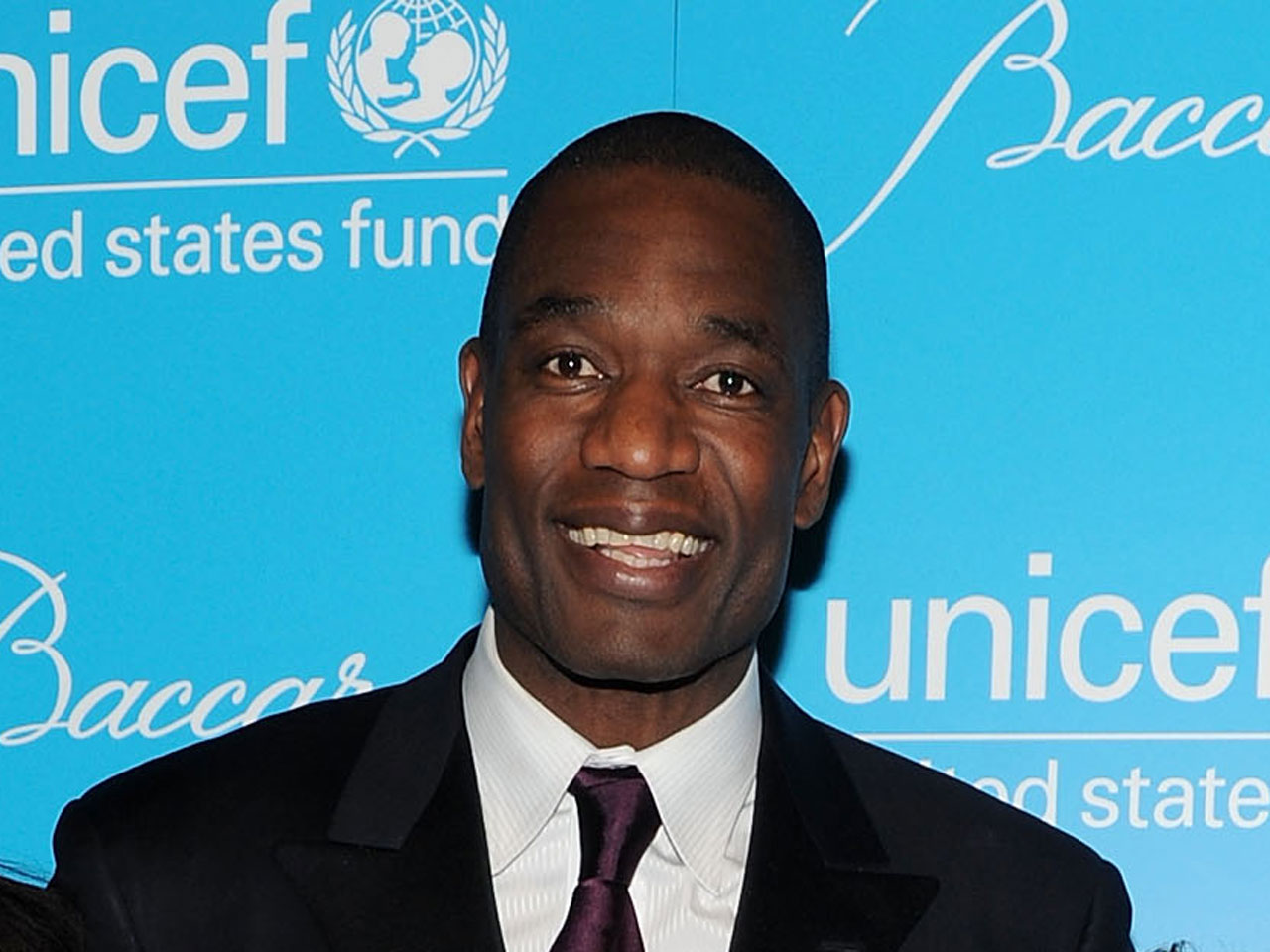 It's hard to miss 7'2'' NBA Hall of Famer Dikembe Mutombo. But when three ISIS fighters set off a series of explosive devices at a Brussels airport Tuesday, fortunately they did.

Mutombo -- who became the NBA's first global ambassador in 2009 for his values and humanitarian work -- told CNN's Brooke Baldwin that he was passing through Belgium's Zaventem Airport on his way home from a trip to his native Democratic Republic of Congo when the terrorists struck.

He had been there visiting the Biamba Marie Mutombo Hospital and Research Center, a $29 million, 300-bed hospital in Kinshasa that his charity, the Dikembe Mutombo Foundation, opened in 2006 to help improve living conditions in the DRC. The medical facility is named after his mother.

This important trip had gone off without a hitch, until the flight home. Mutombo told CNN that he had been napping in the airport lounge, when he heard people screaming and running. Disoriented at first, the eight-time all-star said he didn't know what was going on, until he heard a lady screaming, "Everybody out! Everybody out! We have to go!"

Mutombo says he grabbed his bags and started running through the terminal where the deadly explosions occurred.

"We couldn't see because we were running through the concourse, and they took us all the way to the end of the terminal," he recalled on CNN.

At 10:17 a.m., Mutombo then posted a photo to his Facebook page of hundreds of stranded passengers on the tarmac in Brussels, explaining that he was fine.

Shocked fans quickly flooded the post with messages of relief that he had avoided any harm. Mutombo then posted a second photo at 12:52pm, showing that he was safely in a new location.

CBSN reached out to Mutombo for comment; but by then, the NBA had advised the sports star to avoid conducting any further interviews while abroad.

Mutombo -- who was pre-med at Georgetown -- played a staggering 18 seasons with the Denver Nuggets, Atlanta Hawks, Philadelphia 76ers, New Jersey Nets, New York Knicks and Houston Rockets ... teams all across the United States. In so doing, he became a bonafide American icon. That's likely not something the NBA wants to put at risk.

And Mutombo wasn't the only professional basketball player in danger at the time of the Brussels attacks. Sebastian Bellin, who played college hoops at both Marist and Oakland in the U.S., was wounded by flying shrapnel Tuesday. The 6'9'' athlete, who now plays basketball for Belgian professional team BC Oostende, has reportedly already undergone surgery, but still has shrapnel in both his leg and hip.

This widely distributed AP photo shows him lying on the ground, injured and bleeding at Belgium's Zaventem International Airport.

"I just feel bad for the families of the loved ones who lost their lives," an emotional Mutombo told CNN, before the NBA shut down his interviews. "I feel bad for all of the moms and all the citizens there that couldn't run, and they couldn't move ... There were a lot of moms with their children. It was very crazy. I feel very bad. So many moms were trying to push their two kids and three kids. It was very bad. And you had 1,000 people, everybody running."

In the coordinated Brussels attacks on March 22, 2016, at least 21 people were killed (11 at the airport, 20 in the subway). More than 250 others were wounded. And around the fallen, as Mutombo recalls, there were thousands running from the blasts... too terrified, too shaken to realize an international basketball legend was among them.