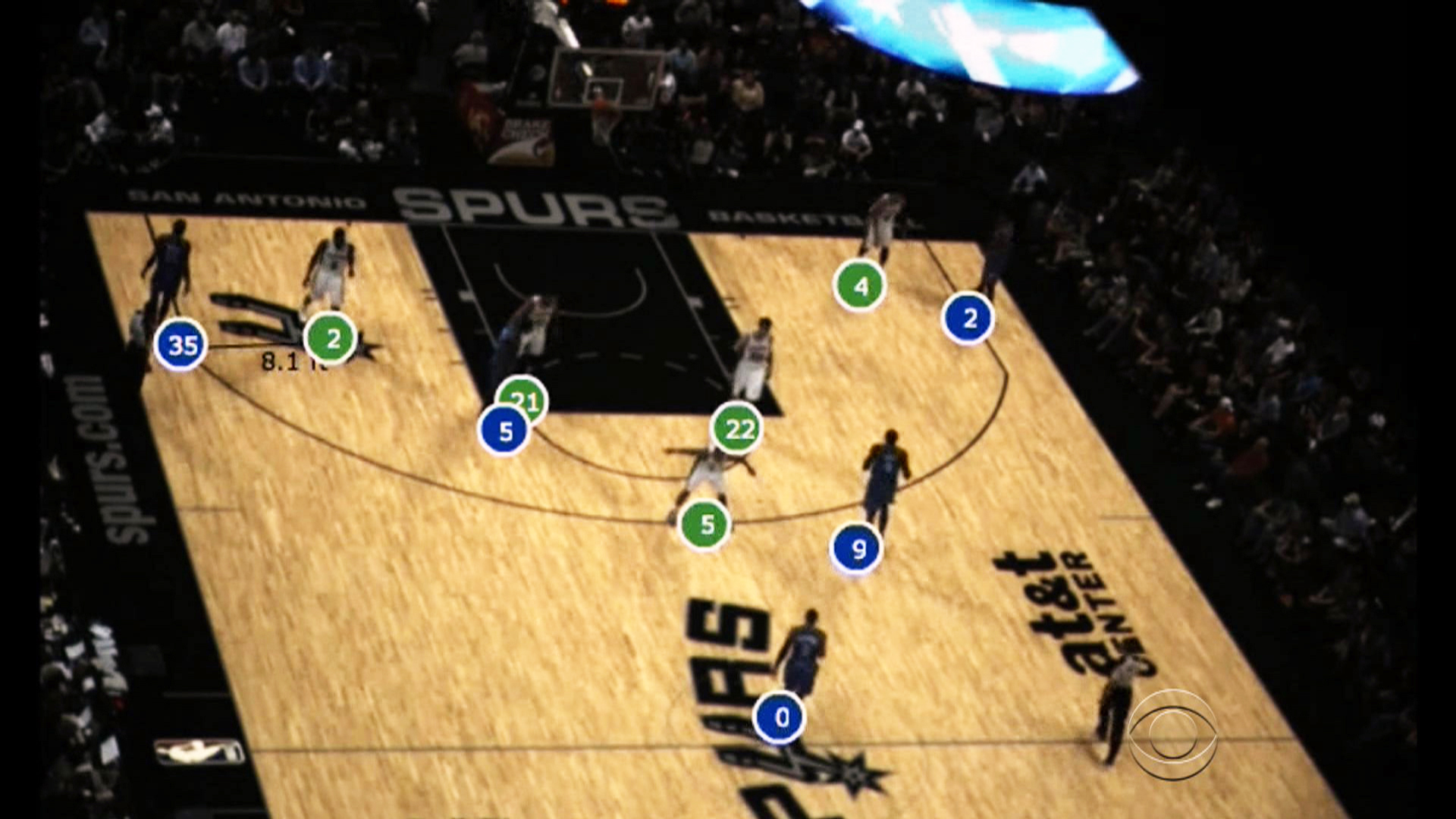 For NBA fans, this season is like no other. New technology means analyzing players with more than a box score or play-by-play summary.

High above the court, specialized cameras have been positioned to capture every move a player makes. The data measures everything from speed, distance, and separation - information that forever changes the way player abilities are measured.

When Garrett Temple of the Washington Wizards played against the Boston Celtics last week, every move he made, every step he took, was being watched and measured in excruciating detail.

And it wasn't just Temple. Six cameras located high in the rafters of Washington’s Verizon Center were recording the movements of every player on the court. The data collected from the raw video is fundamentally changing how professional basketball players are evaluated.

Temple told CBS News’ Chip Reid that he thinks the cameras are a “good thing.”

“I think its more positives than negatives, you know, you can analyze a guy. How much work he's doing on the court, how much effort he's putting forth,” he said.

Brian Kopp of Stats, the company that created the system, took Reid on a tour for a bird's eye view of the cameras.

He told Reid the cameras are based on “military missile tracking technology.”

“Those cameras are … locating the players and the ball,” he said. “And they're doing it 25 times a second.”

All that raw data from the six cameras is instantly translated into a graphic showing how each player is moving, then into statistics showing how they’re performing in dozens of categories - from the number of touches, to passes and assists.

It's the basketball version of “Moneyball,” the story about how baseball's Oakland Athletics employed statistics to create a winning team with a small budget

Yet, in basketball, because so much is happening at once, it's vastly more complex and that is where Brett Greenberg comes in.

Greenberg is the Washington Wizard's director of basketball analytics, a position that didn't even exist until recently. His job is to turn the mountain of data into something useful.

“We basically filter it down into what we think are the most important pieces of information to give the coaches, to give the players,” said Greenberg. “How they're moving. When they're strong, when they're not strong. We can't give away all our secrets.”

Some proponents of analytics say it's revolutionizing the game, but many coaches say they still rely primarily on their eyes and their gut.  Players say they try not to even think about it.

“If you're thinking about the camera up there while you're playing, then Chris Paul might go by you for a layup or, you know, Blake Griffin might,” said Temple.

The cameras have now been installed in every NBA venue. That means that starting this season, all 30 teams will have access to a mountain of new statistics to help them plan their next plan of attack.