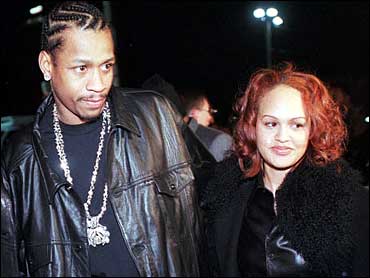 So there's all this buzz about the NBA declaring there will be a dress code for its players. At the minimum, business casual is required; if you are on the bench and not playing, you must be in a sport coat.

People say the NBA has a right to require its employees dress in a certain manner — professionally. Well, that must mean, in turn, that the NBA does not like the clothes it is trying to prevent players from wearing: jerseys and chains and hats. It's in the dress code, after all. You can read it on the NBA web site.

Yet I can't help but think that the institution of a dress code must be because the NBA is embarrassed by the looks of some of its players. Do they look like gangsters? Or to use the latest vernacular, do they look too much like the street? If I were from the street — and my game came from the street and was good enough for the league — then how come my clothes aren't?

Who is the NBA trying to kid? Maybe the NBA has no clothes.