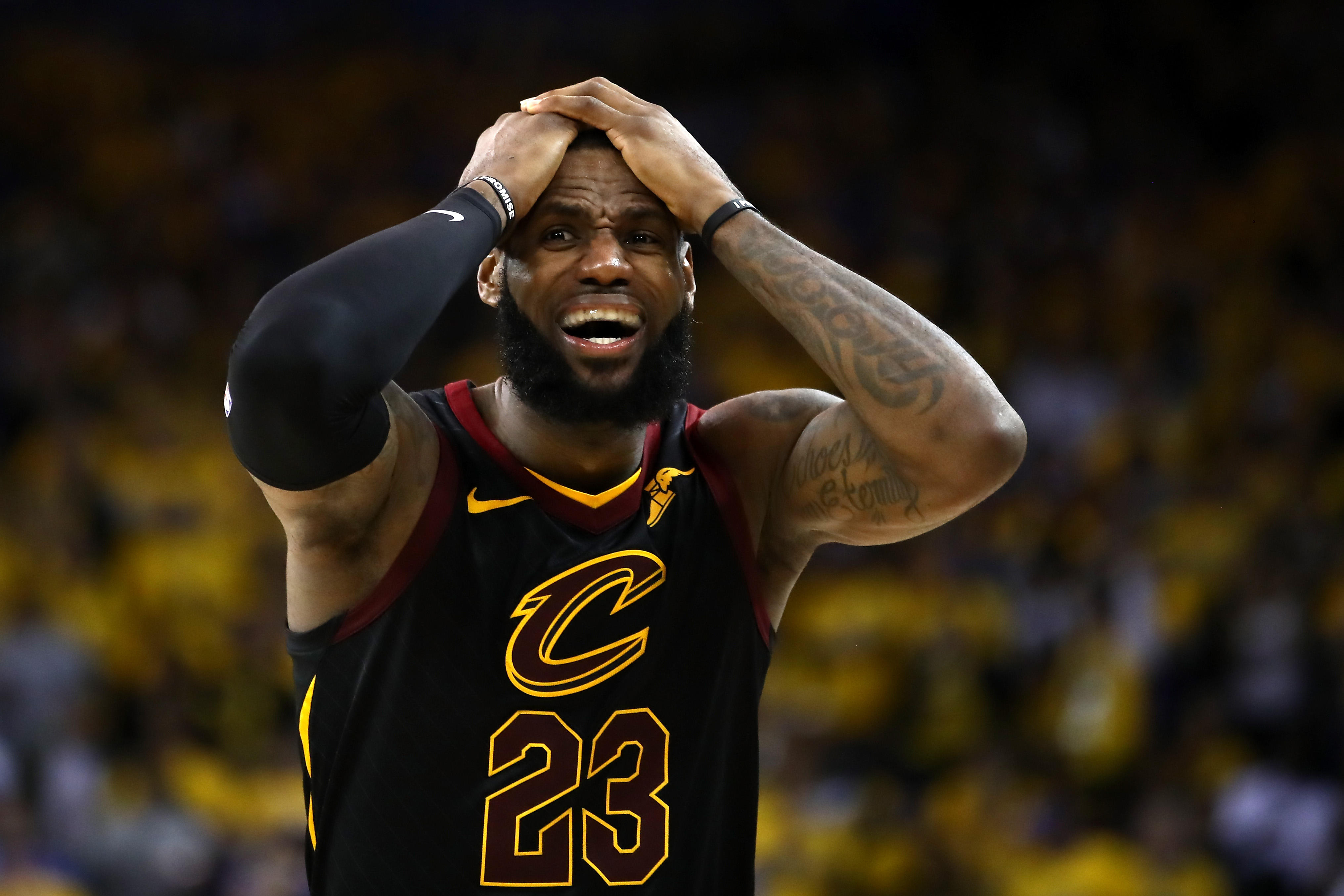 LeBron James played brilliantly for the Cleveland Cavaliers in Game 1 of the NBA Finals, scoring 51 points, but it wasn't enough to ward off a painful 124-114 loss in overtime against the Golden State Warriors on Thursday. At a crucial moment, seconds away from a chance at a potential win, with the game tied, Cavs guard J.R. Smith dribbled out the ball after getting a rebound -- a blunder that James had no explanation for after the game.

"I know it was a tie game," he said in a postgame news conference. "We [were] down one. George Hill went up, made the first [free throw]. We got the offensive rebound. I thought we were all aware of what was going on. That's my view."

After repeated questioning by ESPN's Mark Schwartz about the play involving Smith, James grabbed his leather bag and walked out of the media room, telling reporters: "Be better tomorrow."

Some commenters, while in awe of James' performance, bashed him for leaving the press conference early.

In Smith's version of events, he said he knew the score was tied but he thought James was looking to call a timeout.

"I knew we were tied," Smith said. "I thought we were going to call a timeout because I got the rebound."

Game 2 is Sunday night back at Oracle Arena in Oakland.