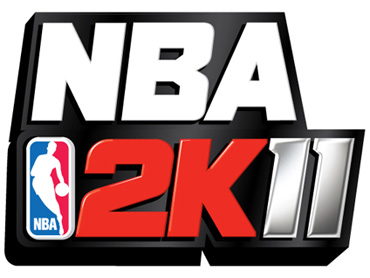 Since the jump to next-gen systems, there's been a burgeoning dynasty in the world of basketball gaming. A landscape once dominated by Electronic Art's(EA's) NBA Live series has seen the young, up-and-comer -- NBA 2K -- snatch the crown as the basketball simulation of choice the past four years. But EA is pulling out all the stops this year: rebranding the series NBA Elite and revamping the control scheme. Will it be enough to unseat the current king of the court?

One word can sum up this year's development cycle for EA's NBA series: change. Gone is the long-standing NBA Live name. Gone are the face-button controls for shooting, replaced by right-analog gestures. And to top it off, the new creative director for the basketball series, David Littman, is the man who resurrected EA's NHL franchise, making it the cream of the crop of ice hockey games. But is this all a change for the better?

Sitting down with Novell Thomas, associate producer, I got to get my first glimpse of the game in action: a one-on-one practice-gym setting pitting LeBron James vs. Kevin Durant. Thomas explained the numerous changes to the controls, which even for me -- a veteran of the series - was a dizzying amount of information.

The franchise-altering adjustment was shooting with the right analog stick. This has been a staple of the NBA 2K series - which dubbed their shooting mechanic "the shot stick" - since NBA 2K6. But Elite's spin on the mechanism is the amount of control you have over the success of your shot. Instead of a "dice roll" -- as Littman put it -- where under-the-hood statistics would calculate if your shot would go in, NBA Elite is putting the control totally in the player's hands.

With that Thomas handed me a controller so I could get a feel. The difference was instantaneous. Instead of merely worrying about releasing the ball at the top of the player's shot, I also had to make sure I flicked the right stick up in a near-perfect straight line. This combination of actions had me initially missing badly playing as LeBron. There was a guide at the top right-hand corner of the screen to illustrate the amount of wiggle room you had depending on how far away from the rim you were.

Standing four feet from the rim, the margin of error was immense, but as I slowly dribbled backward that give became less and less. Thomas said that the margins of error will vary by player. So Ray Allen's range will be much greater than Shaquille O'Neil's, just like in real life. The mechanics felt good, mostly because I was missing a lot. Sound strange? Well, playing a new basketball title every year since 1995, I have seen many games where both teams shoot 85 percent from the field, which is far from realistic. The reason I was missing was my own fault. This is something that has been missing from basketball games - user ability determining success or failure.

The right analog stick also controlled dunks, layups and switching the ball from one hand to the other in mid-air. Despite some growing pains with the controls, I thought they were a step in the right direction and with three months left until the game ships, I think the development team can make additional strides.

The king of basketball simulation dropped a bombshell weeks before E3, announcing that Michael Jordan will grace the cover of NBA 2K11. Though there were no hints as to how Jordan would be used in the game, this is still a major coup considering his last appearance in a video game was in 2003 in NBA Street Vol. 2. But don't think this is a year of all style and no substance from the 2K team.

With the gameplay as refined as ever, the 2K Sports seems intent on improving the presentation. Though there was no hands-on time provided at E3 for 2K11, the development team did show real-time footage. The demo pitted the Lakers vs. the Celtics in the Finals matchup. Immediately the attention to detail 2K Sports is known for shone through. Kevin Garnett entered the arena decked out in a suit -- a familiar sight for any basketball fan. Though there were no pregame introductions, the pregame rituals (KG headbutting the post) were still there.

The in-game overlays have undergone some minor tweaks to provide more of a broadcast feel. Gameplay director Rob Jones said his team has talked with some members of the TNT broadcast crew to understand why and when they use overlays during NBA broadcasts. The detail in the players' faces was another upgrade and coupled with the improved player models, it was even easier to distinguish one from another.

For a game that doesn't usually make it to the E3 floor, this year's version seemed to be well ahead of previous year's iterations. Jones said that if he had to ship the game today, he would be OK with where it's at right now - a good sign considering the game doesn't hit stores until Oct. 5. Jones also said that the game is running at 60 frames per second, which seemed to be the case with how well it was moving. The herky-jerky animations of years past were not present in the demo.

But one of the points of contention with the series has been the isomotion controls. Veterans of the series have had a love/hate relationship with this dribbling mechanic. Jones said that the controls will be revamped but did not go into detail as to how they will change. 2K Sports is also upping the number of plays in the game, pushing the total to 850.

Another sore spot has been online play. A tremendous amount of lag has plagued the series since NBA 2K7. Jones said the team was not prepared for the impressive amount of sales, which topped 2 million last year, but has put in new servers to ready for the onslaught.

With NBA Elite 11 making some significant strides with their control scheme and NBA 2K11 polishing an already deep simulation experience, this battle might be the toughest one yet in their ongoing struggle for basketball supremacy.