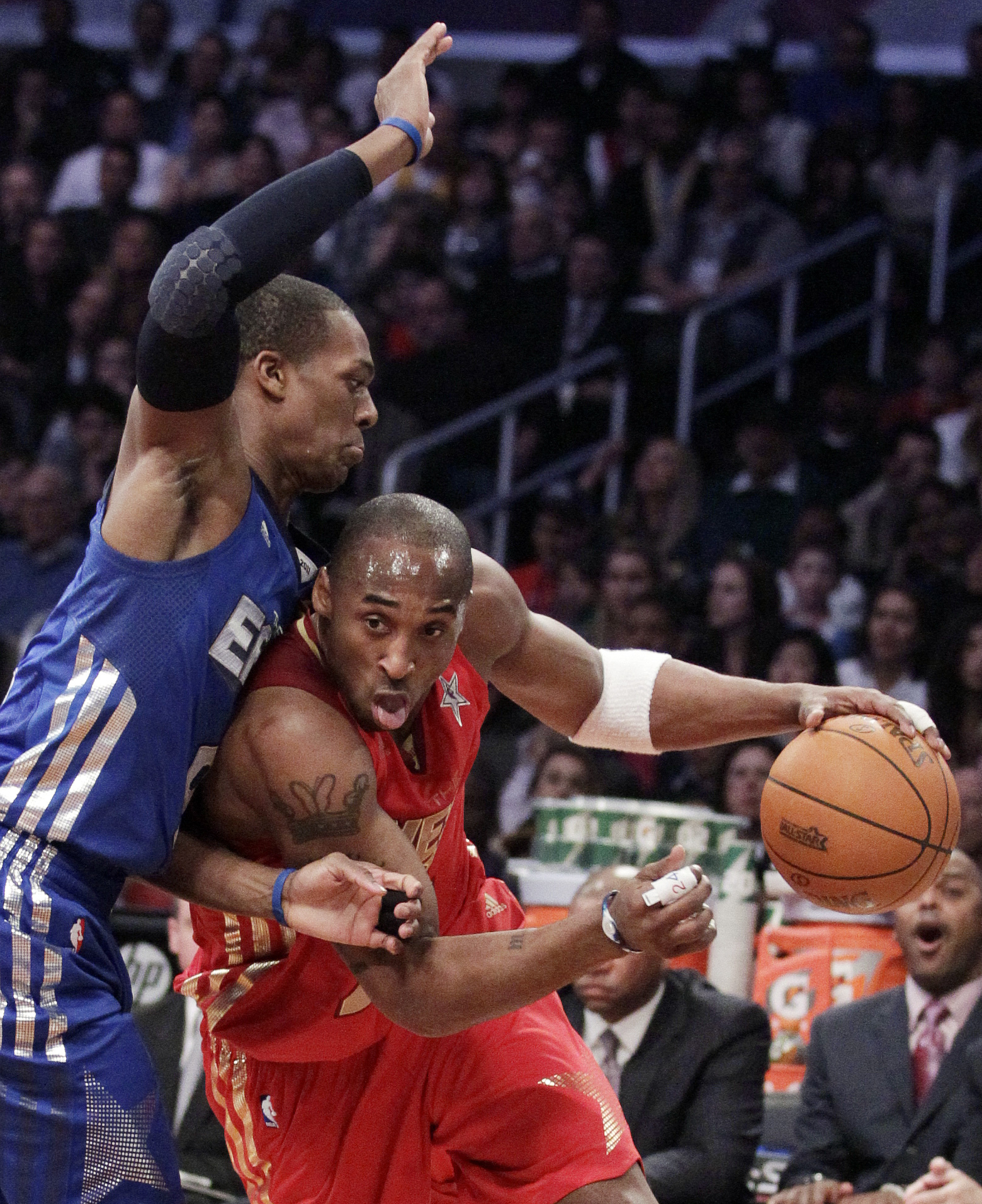 LOS ANGELES - Kobe Bryant scored 21 points in an early bid for a record-tying fourth All-Star game MVP award, and the West took a 76-64 lead over the East at halftime of the NBA's midseason showcase on Sunday night.

The Los Angeles Lakers' superstar guard pressed for points from the opening minutes of his 13th All-Star appearance, throwing down two-handed dunks and fallaway jumpers to the delight of his hometown fans.

NBA scoring champion Kevin Durant had 15 points and the Lakers' Pau Gasol added 12 as the West took on an East team with a combined seven players from Boston and Miami, arguably the top contenders to replace the back-to-back champion Lakers.

Miami's Chris Bosh scored 12 points, and teammate Dwyane Wade had 10 for the East.

Ernie Johnson writes letter to younger self
Thanks for reading CBS NEWS.
Create your free account or log in
for more features.
View CBS News In
CBS News App Open
Chrome Safari Continue
Be the first to know
Get browser notifications for breaking news, live events, and exclusive reporting.