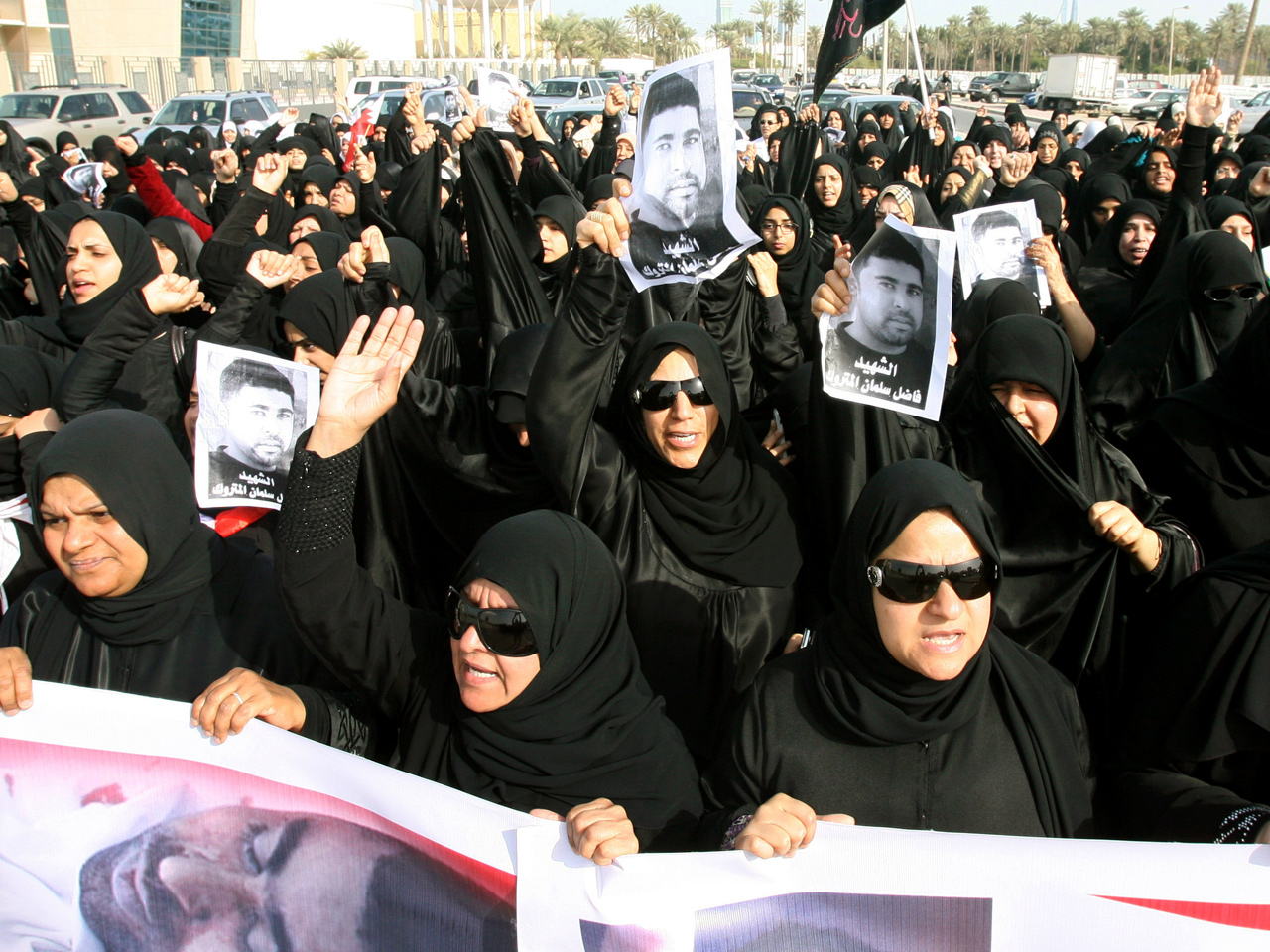 WASHINGTON - Unrest surging through the Arab world has so far taken no toll on the American military. But that could change if revolt washes over the tiny Persian Gulf kingdom of Bahrain - longtime home to the U.S. Navy's mighty 5th Fleet and arguably the Middle East anchor of U.S. defense strategy.

The discontent that has spilled into the streets of Bahrain's capital, Manama, this week features no anti-American sentiment, but the U.S. has a lot at stake in preserving its dominant naval presence in the Gulf.

In announcing that it is "very concerned" about violence linked to the protests, the State Department on Tuesday underscored Bahrain's strategic importance as a U.S. partner.

"The United States welcomes the government of Bahrain's statements that it will investigate these deaths, and that it will take legal action against any unjustified use of force by Bahraini security forces," said department spokesman P.J. Crowley. "We urge that it follow through on these statements as quickly as possible."

The 5th Fleet operates at least one aircraft carrier in the Gulf at all times, along with an "amphibious ready group" of ships with Marines aboard. Their presence is central to a longstanding U.S. commitment to ensuring the free flow of oil through the Gulf, while keeping an eye on a hostile Iran and seeking to deter piracy in the region.

Anthony Cordesman, a Mideast defense specialist at the Center for Strategic and International Studies, said Bahrain has security services capable of handling protesters and potentially backed by neighboring Saudi Arabia.

Thousands of banner-waving protesters took over a main square in Manama Tuesday in a bold attempt to copy Egypt's uprising. The demonstrations capped two days of clashes that left at least two people dead, and the king made a rare address on national television to offer condolences for the bloodshed.

"It is a serious problem, but whether it's going to flare up any more seriously this time than all the other times is hard to say," Cordesman said. "The question is whether they can shake the security structure of the state."

The implications for U.S. foreign policy and national security from the pro-democracy movements that have arisen in the Arab world - highlighted by Egypt's stunning revolution - is likely to be a topic Wednesday when Defense Secretary Robert Gates testifies before the House Armed Services Committee.

Bahrain became a more prominent partner for the Pentagon after the 1991 Gulf War with Iraq; since then it has granted U.S. forces increased access, plus permission to store wartime supplies for future crises.

In the weeks leading up to popular revolts that toppled autocratic regimes first in Tunisia and then Egypt, Obama administration officials portrayed Bahrain as being on the right track toward democracy.

Secretary of State Hillary Rodham Clinton, during a visit to Manama in December, called Bahrain "a model partner," not only for the United States but also for other countries in the region seeking political liberalization.

"I am impressed by the commitment that the government has to the democratic path that Bahrain is walking on," Clinton told a news conference Dec. 3, with Foreign Minister Sheik Khalid bin Ahmed Al Khalifa at her side. "It takes time; we know that from our own experience. There are obstacles and difficulties along the way. But America will continue working with you to promote a vigorous civil society and to ensure that democracy, human rights and civil liberties are protected by the rule of law."

The tiny island kingdom has been the most volatile in the Gulf. Majority Shiites have long alleged discrimination and other abuses by Sunni rulers. A wave of arrests of Shiite activists last year touched off weeks of protests and clashes - and a highly sensitive trial of 25 Shiites accused of plotting against the state.

Bahrain has seen sporadic unrest for decades as Shiites - who represent 70 percent of the nation's 530,000 citizens - press for a greater political voice and opportunities. Reforms in the past decade, including parliamentary elections, have opened more room for Shiites. But they complain the Sunni-directed system still excludes them from any key policymaking roles or top posts in the security forces.

Bahrain is one of four Gulf countries with U.S. Patriot missiles based on their soil to defend against potential attack from Iran.