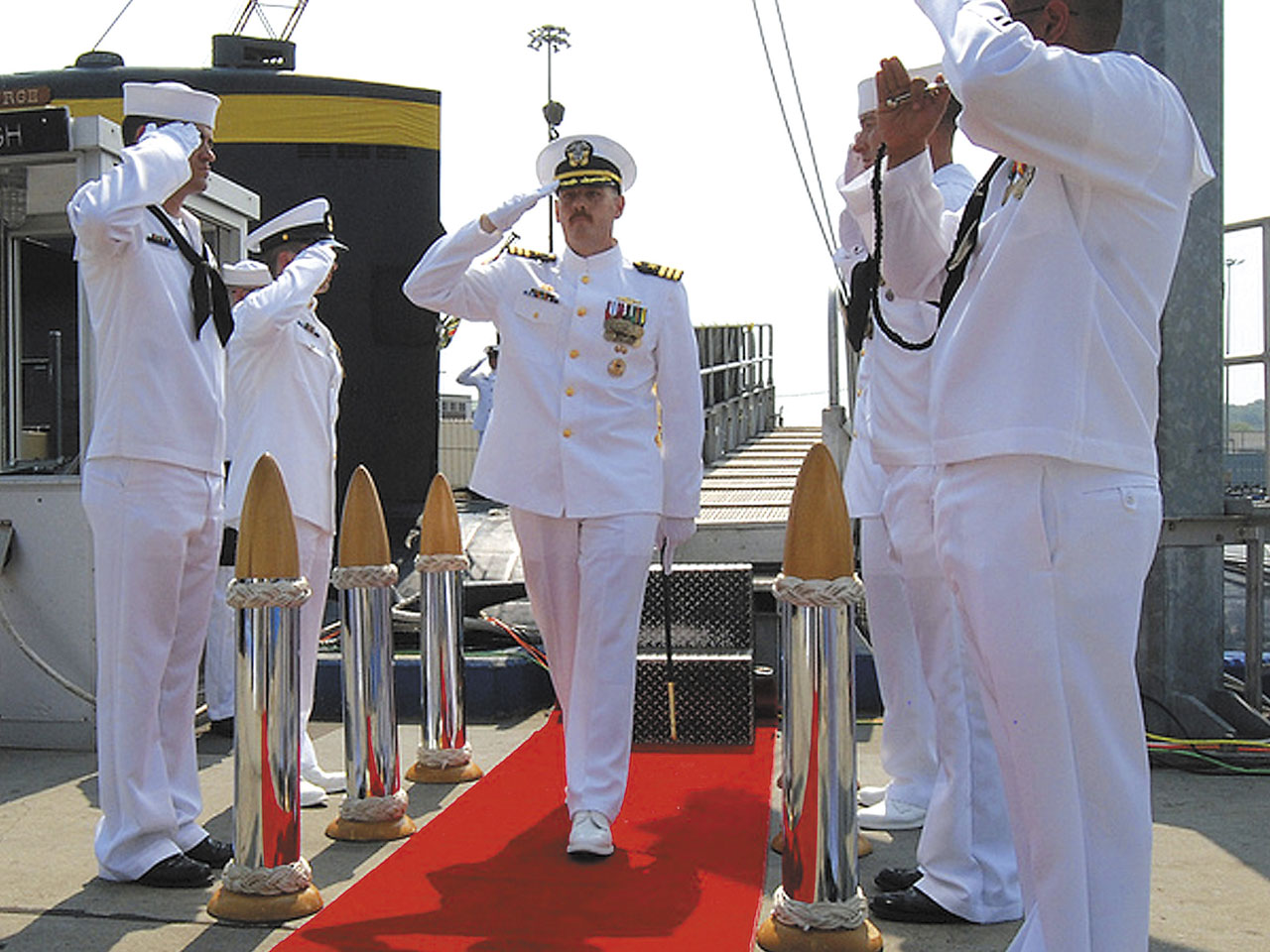 (AP) HARTFORD, Conn. - A Navy officer who was dismissed last month as commander of a Connecticut-based nuclear submarine faked his own death to end an affair he was carrying on with a mistress, investigation documents show.

Navy Cmdr. Michael P. Ward II was relieved of his duties aboard the USS Pittsburgh a week after taking command of the attack submarine.

Investigators found that Ward sent his mistress an email from a fictitious person named "Bob" in July, posing as a co-worker and saying that Ward had died unexpectedly, according to a report obtained Tuesday by The Associated Press through a Freedom of Information Act request.

Navy Lt. Cmdr. Jennifer Cragg, a spokeswoman for the Pittsburgh's submarine group in Groton, said Ward has received a letter of reprimand for adultery and other military violations, and paperwork has been filed to remove him from the Navy.

Details of the affair were first reported by The Day of New London.

Ward, a 43-year-old Buffalo native, is currently assigned to a submarine group in Groton. He has not responded to requests for comment.

The woman learned that Ward was still alive when she turned up at Ward's former residence in Burke, Va., to offer condolences. The new owner told her that Ward had moved to Connecticut to take command of a submarine.

"She was very surprised," Jon Boyle, the new owner, said in a telephone interview.

Boyle said the woman appeared to be in her 20s and was accompanied by another woman with a child, and they said they had driven three and a half hours from Chesapeake, Va. "She told me they were good friends and they'd known him a while."

Ward, who had been working at the Joint Chiefs of Staff in Washington, met the woman through an online dating service in October and used an alias to communicate with her by email, the investigation report says. The married officer visited her during trips to the Norfolk, Va., area for training and they spent a weekend together in Williamsburg, Va., in November. The woman was not named.

After moving to Connecticut, Ward learned that his mistress was pregnant. In late July, he met with her in Washington to discuss how to handle the pregnancy. Soon afterward the woman lost the baby due to complications, the investigation report says.

Investigators said the relationship ended in late July, but Ward stayed in touch with the woman by phone and email to "manage the particulars of the relationship" even after taking command of the submarine.

"Commander Ward's dishonesty and deception in developing, maintaining, and attempting to end his inappropriate relationship ... were egregious and are not consistent with our Navy's expectations of a commissioned officer," wrote Navy Capt. Vernon Parks, commander of a submarine development squadron.

Ward was found guilty of Uniform Code of Military Justice violations on Sept. 5, including dereliction of duty, unbecoming conduct and adultery, and received the punitive letter of reprimand, Cragg said.

U.S. Rep. Joe Courtney, a Democrat whose eastern Connecticut district includes the submarine base, said it is a sad situation.

"The Navy doesn't kid around with its leadership," he said. "These positions, to command submarines, are very competitive and I think the Navy is right to hold people to the highest standard."