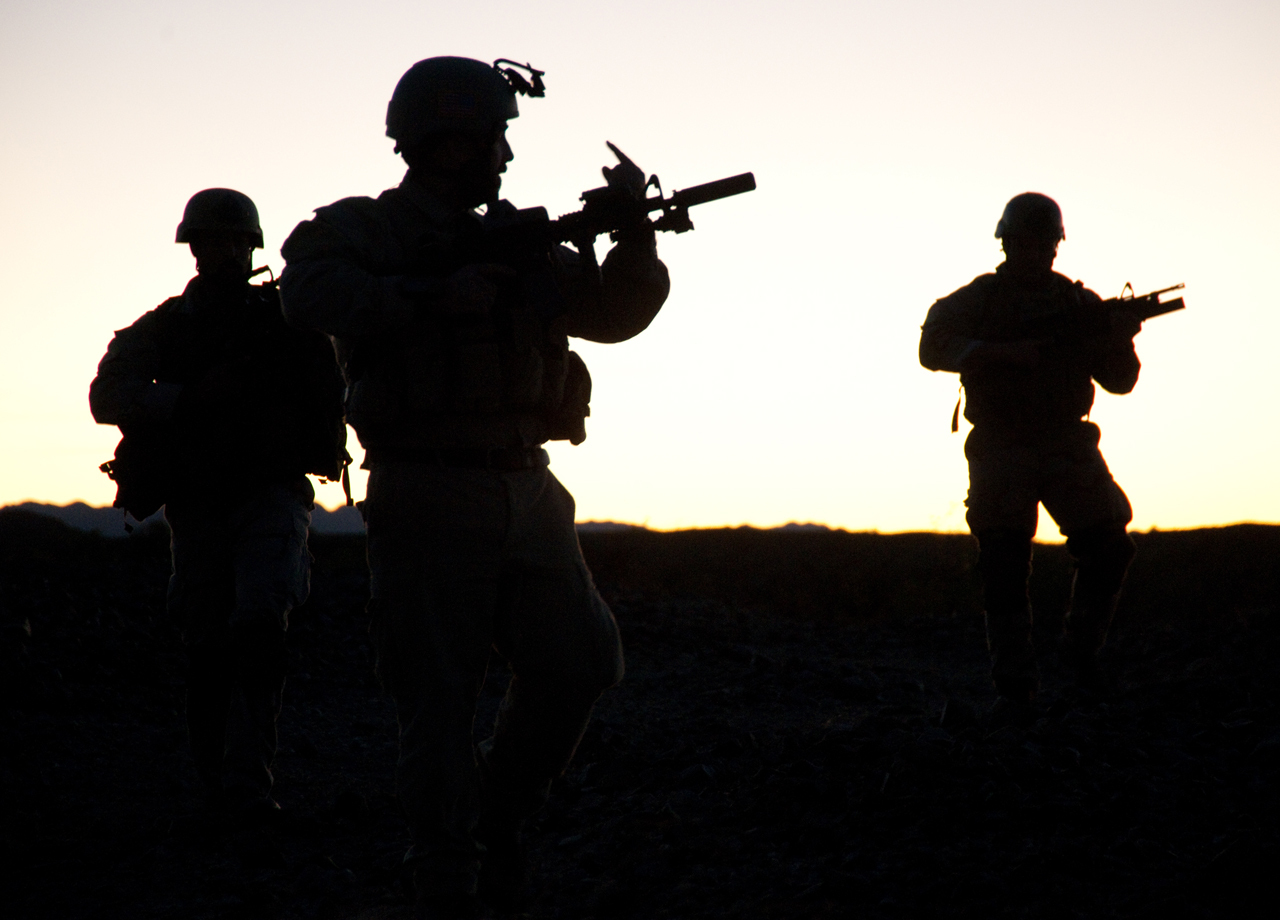 A small team of Navy SEALs carried out the secret operation Monday that found and killed Osama bin Laden, mastermind of the 9/11 attacks who had been on the run for a decade.

A senior U.S. administration official described the strike on the compound in Abbottabad, about 30 miles north of the Pakistani capital Islamabad, as "a surgical raid by a small team designed to minimize collateral damage."

Only U.S. personnel were involved in the raid, and administration officials said great care was taken to ensure operational success. No information about President Obama's decision to launch the strike was shared with other governments, including Pakistan. (That's country's Inter-Services Intelligence Directorate has long been suspected of maintaining ties to extremist groups.)

The raid took less than 40 minutes. Bin Laden and three other adult males were killed, as well as a woman who was being used as a shield. Two women were injured. There were no American casualties.

CBS News foreign correspondent Lara Logan reports that the operation was conducted under CIA Title 50 charter but carried out by Navy SEAL Team Six and the ground commander was a SEAL squadron commander. There were CIA present, but it was a military operation.

The Navy SEALs (their acronym is derived from the environments in which they are deployed - sea, air and land) were established in 1962, developed from the experience of World War II commando and demolition units. These highly-trained special operations forces function under Naval Special Warfare Command, within the United States Special Operations Command. There are about 2,500 active duty Navy SEALs, comprising nine active duty Teams and two Reserve teams.

Sources have told CBS News that the operation was carried out by a 24-man platoon specifically dedicated to high-risk counter-terror ops, assigned to Joint Special Ops Command at Ft. Bragg. It operates under the Naval Special Warfare Development Group (DEVGRU).

Appearing on CBS' "The Early Show," retired Army Major General James "Spider" Marks (who served as a senior intelligence officer during the war in Iraq) said that the operation actually began years ago with intelligence work identifying the target - a courier for bin Laden.

"Our attention now will be on what took place on the ground, how this thing went down, the incredible precision, the real accuracy of what took place

Marks said once the suspect compound had been identified, specific logistical planning for the raid would have begun months in advance.

The compound in Abbottabad, Pakistan, Monday, May 2, 2011, site of a raid that resulted in the death of Osama Bin Laden. (AP Photo/Anjum Naveed)

"Obviously there was a determination to give it to the SEAL team folks. They then worked the details [as] that intelligence got tighter and tighter and tighter," Marks said. "These special ops guys are incredibly trained. Basically, it's brilliance in the basics. They don't do anything that's super-special; they just do everything they're supposed to do, the blocking and tackling exceptionally well. And then you keep it very closely held within a tight-knit group, pull the trigger and make it happen."

Marks said, from what is known of the operation, "the president gave the green light on Friday. He probably established 72- or 69-hour delegated authority down to the director of the CIA and said, 'Within this time period you've got to make it happen, because if you don't, conditions are going to change, word's going to get out,' et cetera. Then it's simply a matter of assembling the team, which has been rehearsed many, many times on this precise target.

Sources told CBS News that a full-scale replica of the compound was erected in the special ops sector of Bagram Air Base in Afghanistan, allowing the DEVGRU unit to practice their assault under multiple scenarios - with many guards, few guards, with/without explosives, etc.

"They've done this in advance, in their heads, and on the ground in secluded locations, so when they execute, it really is simply a matter of staying focused. It's like a machine going about the business. The heart rates don't go up. They stay very focused. They do what needs to be done, and then they get it done. In fact, we're hearing that they were on the objective no more than 40 minutes. I would argue that they probably had the objective secured within about five to ten minutes, then had to do some, quote, cleanup operations to make sure they were at the right place, they had the right guys, and then they evacuated."

One of the team's helicopters, an HH-60 "Pave Hawk," made a "hard landing" after half the platoon "fast roped" into the compound. The second helicopter that delivered the other half of the team was a CH-47, likely piloted by an Army crew.

At least two other helicopters were part of the initial assault.

When the Pave Hawk couldn't get back in the air, it was destroyed to protect the ship's sensitive avionics and communications equipment.

The Atlanta Journal-Constitution writes that the Navy's most elite counterterrorism group - originally known as SEAL Team Six - performed the raid. This team, which has engaged in anti-terror operations in Afghanistan, Iraq, Somalia and the former Yugoslavia. recruits from other existing SEAL teams; you cannot apply to join.