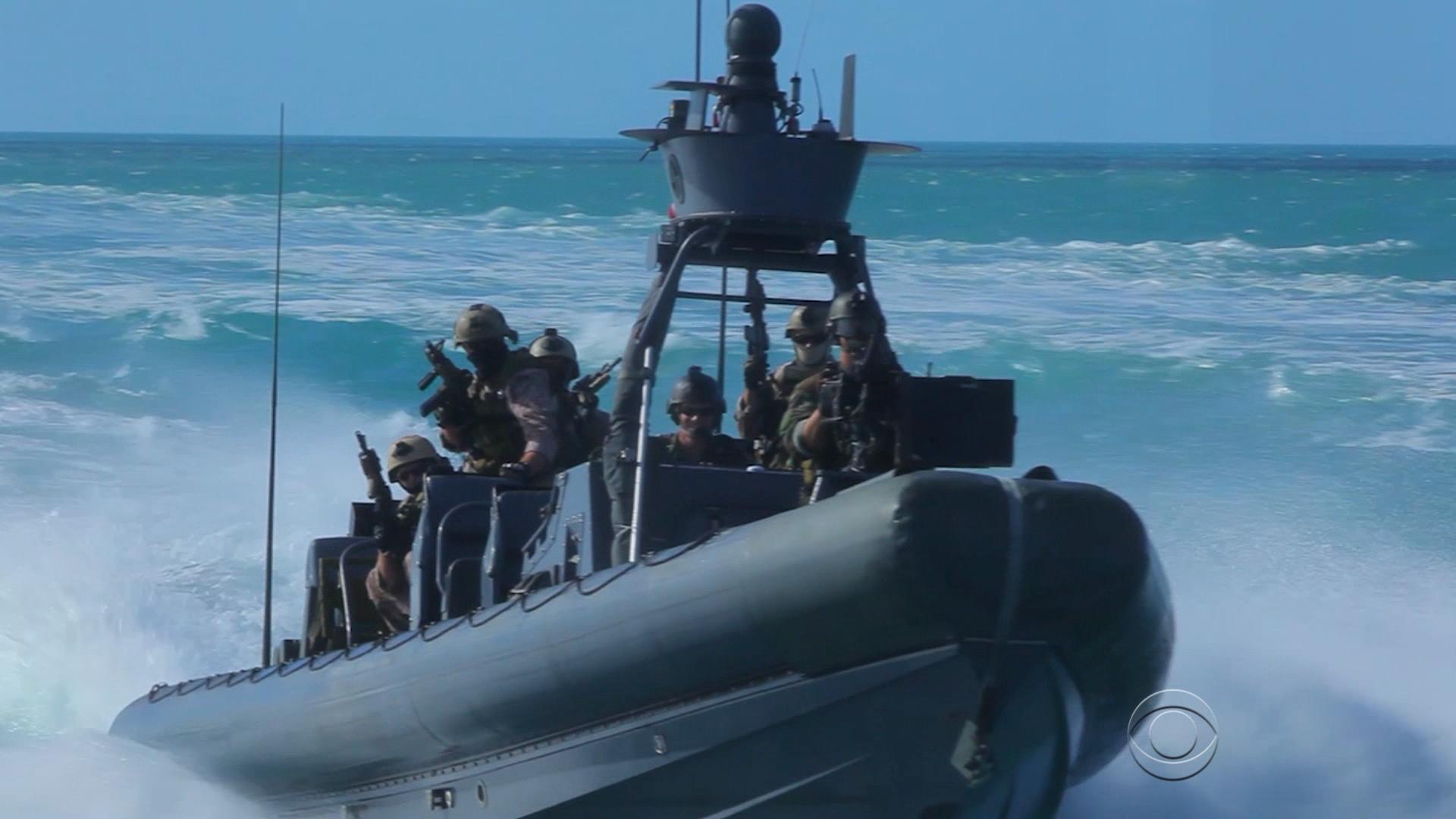 As Navy SEALs talk publicly to CBS News about drug abuse in the ranks for the first time, some members of the elite force say drugs aren’t the only problem.

According to interviews, e-mails and text messages from nine current and former SEALs, “...there’s been a corruption within the teams,” one of them wrote. “The death of our quiet professionalism continues to erode at our ethos, and endangers our teammates overseas, not to mention our families at home.”

Three Navy SEALs -- one active duty, two retired -- agreed to talk to CBS News on camera if we disguised their faces and change their voices to protect them from retribution.

One SEAL told CBS News correspondent David Martin that “the community has got to stop seeking the limelight and exposing what they do or it continues to put people in danger.”

They accused fellow SEALs of profiteering -- or as they called it -- “selling the Trident,” a reference to the insignia they earn after making it through basic training. Fitness routines based on SEAL training have become a cottage industry as have books by former SEALs.

“They are just guys that are going in to try and sell the brand, to sell that trident on their chest, to make a buck from it,” said one SEAL. “And frankly if that’s all they were doing, so what? But the thing they’re selling is information.”

These men say movies like “Zero Dark Thirty” and “Captain Phillips” are all too accurate in showing the way SEALs operate. One movie, “Act of Valor,” included active duty SEALs in the cast.

“They get all of these, you know, sometimes ex-SEALs or active-duty SEALs to help make sure it looks as realistic as possible in that process, you know,” on SEAL told us. “Unknowingly or knowingly they’re giving away, you know, our tactics and procedures.”

As long ago as 2012, seven Navy SEALs were disciplined for having worked as paid consultants on the video game “Medal of Honor: Warfighter.”

Do video games really give away real tactics?

“How we move, and, you know, they were pretty accurate for a lot of different things, you know,” one SEAL said. “So yeah, I would say some of them do.”

One SEAL told Martin that he has had to change the way he operates because something has been made public.

It all adds up to a betrayal of the SEALs’ own code of conduct.

“When I joined the Navy, the brochure said ‘quiet professionals,’ and that’s what I signed up for, but that’s not what it is today,” one SEAL said.

“I believe that has a lot to do with it,” one SEAL responded.