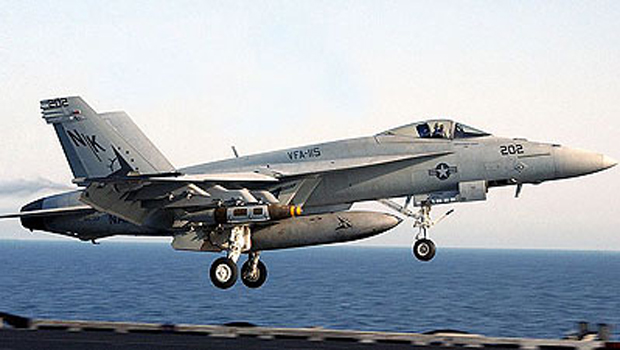 A U.S. Navy pilot was rescued from sea today after the F/A-18E Super Hornet he was flying crashed approximately 45 miles off the Virginia Beach coast, the Navy said in a statement.

Before the crash, the single pilot was able to eject from the aircraft.

He deployed a life raft and was recovered by a fishing vessel before being taken to Sentara Norfolk General Hospital by a Navy MH-60 Sea Hawk, according to the statement. He is in critical condition.

He was conscious when he was picked up, the Navy reports.

The F/A-18E Super Hornet was from Strike Fighter Squadron 143 based at Oceana Naval Air Station, the Navy said.  It was conducting routine training at the time of the crash.

The Navy will investigate the cause of the accident.