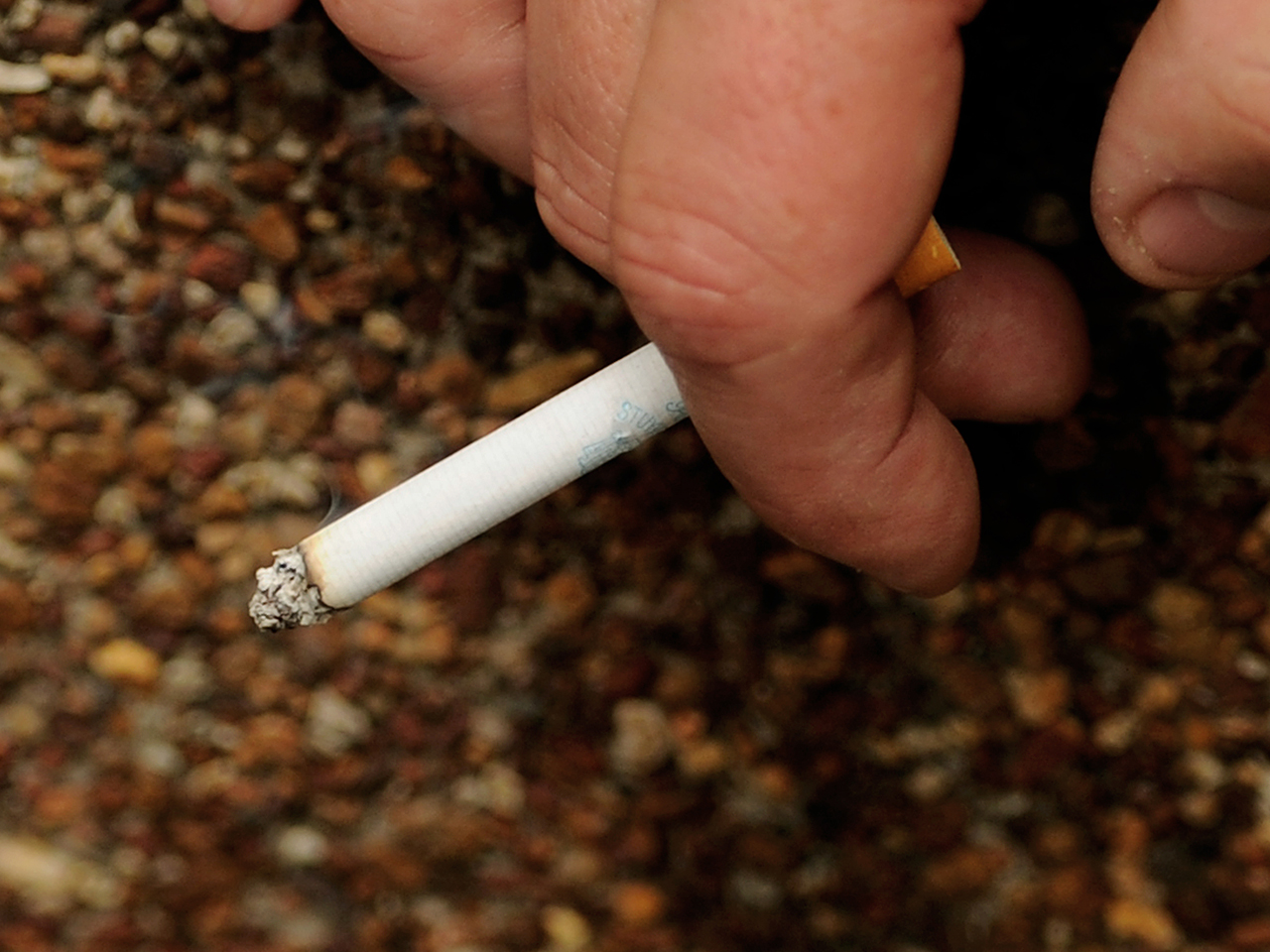 NORTH KINGSTOWN, R.I. - Tobacco sales on Navy ships and in stores on Navy and Marine Corps bases would be a thing of the past under a plan being considered by Navy Secretary Ray Mabus, but some congressional members are pushing back.

The Navy Department, which includes the Marine Corps, would be the first military department to prohibit tobacco sales.

"We know tobacco hurts you. We know tobacco kills you. We know it makes you less fit, and one of our big initiatives is to have sailors that are fit and resilient," Mabus said in an interview during a visit to Rhode Island this week. "And so the whole idea is that we want to encourage sailors who smoke to quit."

Congress is considering a measure that would prevent Mabus from instituting a sales ban, with the prohibition's opponents arguing it overreaches on a habit that is unhealthy but still legal.

A 2011 Defense Department survey found that 24 percent of troops smoke, compared with about 20 percent of civilians. More than 80 percent of heavy smokers in the military said they used cigarettes to relax and to relieve stress.

Smoking is allowed in designated areas on Navy ships and at Navy and Marine Corps installations, and Mabus' proposal would not change that. Smoking has been prohibited on submarines since December 2010. Cigarettes in military rations were discontinued in the 1970s.

Mabus has already ended tobacco discounts at Navy and Marine Corps exchanges, or retail stores. (When it comes to alcohol, sailors can buy it on bases but not on ships.)

He noted that CVS Caremark announced this year it would stop selling tobacco at its drugstores and said the military is an extension of the movement.

"We'll be following all sorts of things around this country designed to discourage smoking," he said. "And you are seeing smoking going down."

Feedback from sailors and Marines has been mixed, said Cmdr. Tamara Lawrence, spokeswoman for Mabus. Some say they understand, others say it is not a big deal to buy cigarettes elsewhere, and others worry about it affecting their right to smoke, she said.

Some opponents in Congress are trying to stop Mabus.

Rep. Duncan Hunter, a California Republican who served in the Marines, attached a measure to the 2015 defense spending bill to prohibit new restrictions on products already sold on military bases.

U.S. Rep. Joe Courtney, a Connecticut Democrat, said that while he does not endorse smoking, he supported Hunter's amendment because prohibiting the sale of a product that is legally purchased by adults "is starting to get a little bit over the line."

"There has to be some sort of a balancing of people's rights, particularly people who are adults and who are serving our country," Courtney said.

Six of the congressmen on the committee are from North Carolina, Virginia and Tennessee, among the top tobacco-producing states. North Carolina and Virginia are also home to major Marine Corps and Navy commands. The tobacco industry lobbied for the measure, which passed 53 to 9.

All the members from North Carolina, Virginia and Tennessee voted for it, though the role of tobacco-industry lobbying is unclear.

"We find it particularly onerous to deny that access to members of our armed forces," said David Sutton, a spokesman for the Altria Group, which owns tobacco operating companies. "Many military personnel are serving in locations where they may have no other access to the products they wish to purchase."

The Senate's version of the defense bill does not contain a similar proposal. It will be up to the conference committee to decide whether the proposal is included in the final bill.

If Mabus acts before Congress does, the conference committee could change the bill to respond. Mabus said he couldn't say when he would make a decision.

Five Democratic senators wrote to Mabus in March to encourage him to move forward, citing the higher rates of smoking in the military and the tobacco-related costs.

Tobacco sales throughout the Defense Department declined from more than $780 million in 2009 and 2010 to about $620 million last year.

Marine Gunnery Sgt. Derrick Wise, assigned to Marine Corps Detachment Newport, Rhode Island, said he quit smoking two weeks ago for health and cost reasons. But if cigarettes hadn't been sold on the base, he said, he would have just gotten them elsewhere.