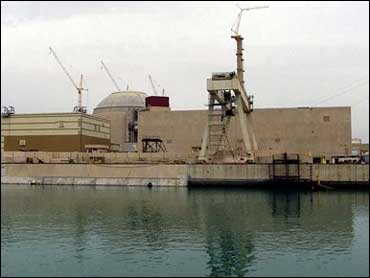 It felt like the good old days for Jamie Navarro.

After watching tapes of himself pitching in better times and making a few adjustments, the 31-year-old righthander threw a complete-game eight-hitter Thursday, leading the Chicago White Sox past Kansas City 7-1.

"My mechanics were perfect. I felt real comfortable, and threw strikes," said Navarro (5-6), who snapped a personal three-game losing streak as the White Sox won their 11th in a row in Kauffman Stadium.

"My fastball had pretty good life today, and (catcher Chad Kreuter) called a great game and I just hit the spots."

Pitching coach Nardi Contreras had been working with Navarro, who hadn't felt at the top of his game since the opening week of the season. Benefitting from four inning-ending double plays, he had just two walks and one strikeout in his first complete game since last July 20.

"I was having a long arm, throwing my arm (away from his body), and it gave a chance to show the hitter what I was doing," he said. "Today, I was throwing my short-arm, coming down windmill-style. We worked on it on the side for a couple of days, then worked on it in the bullpen. Today Nardi told me just throw the same way you were throwing in the bullpen. That's a big improvement."

Jeff Abbott hit a three-run home run and every White Sox had at least one hit as the Royals lost their four straight and fifth of their last six. Their major league-worst home record dropped to 8-23.

"I still love my job and I still love coming to work, but losing is tough," said Royals manager Tony Muser. "When you see similar mistakes day after day, it's tough because you have to repeat yourself, but you have to do it."

The White Sox have beaten the Royals 12 of their last 13 meetings and have won four straight series from their AL Central rivals.

Kreuter and Magglio Ordonez, who had a career-high four RBIs in Chicago's 10-5 victory the night before, had RBI singles in the second for the White Sox.

In the sixth, Wil Cordero hit his fourth double in two games and Ordonez walked ahead of Abbott's fifth home run, a 388-foot drive over the left-field fence on a 1-1 delivery from Glendon Rusch (3-8).

Ray Durham doubled home a run in the eighth.

Shortstop Mendy Lopez made his major league debut for Kansas City and got two hits, but the Royals said afterward that he would return to Triple-A Omaha to make room for Luis Rivera, who was acquired from the Houston organization. In a rarityall three of the Royals' outfielders had an assist.