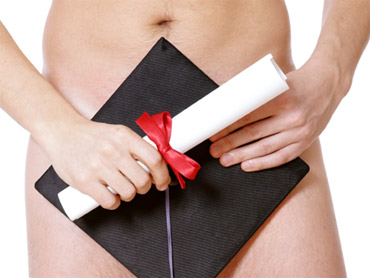 (IStockPhoto)
SIOUX FALLS, S.D. (CBS/AP) It's not clear what classes are offered at Naughty American University, but another university which uses the same acronym, NAU, is suing the pornography web site because they believe the adult site is infringing on their trademark and potentially confusing students.

South Dakota-based National American University, on the other hand, offers degrees in such fields as nursing, criminal justice, and business administration.

Just for the record, National American University does not offer advance courses in the birds and the bee's, but does boast 16 campuses in South Dakota, Colorado, Kansas, Minnesota, Missouri, New Mexico and Texas across the country and online degrees.