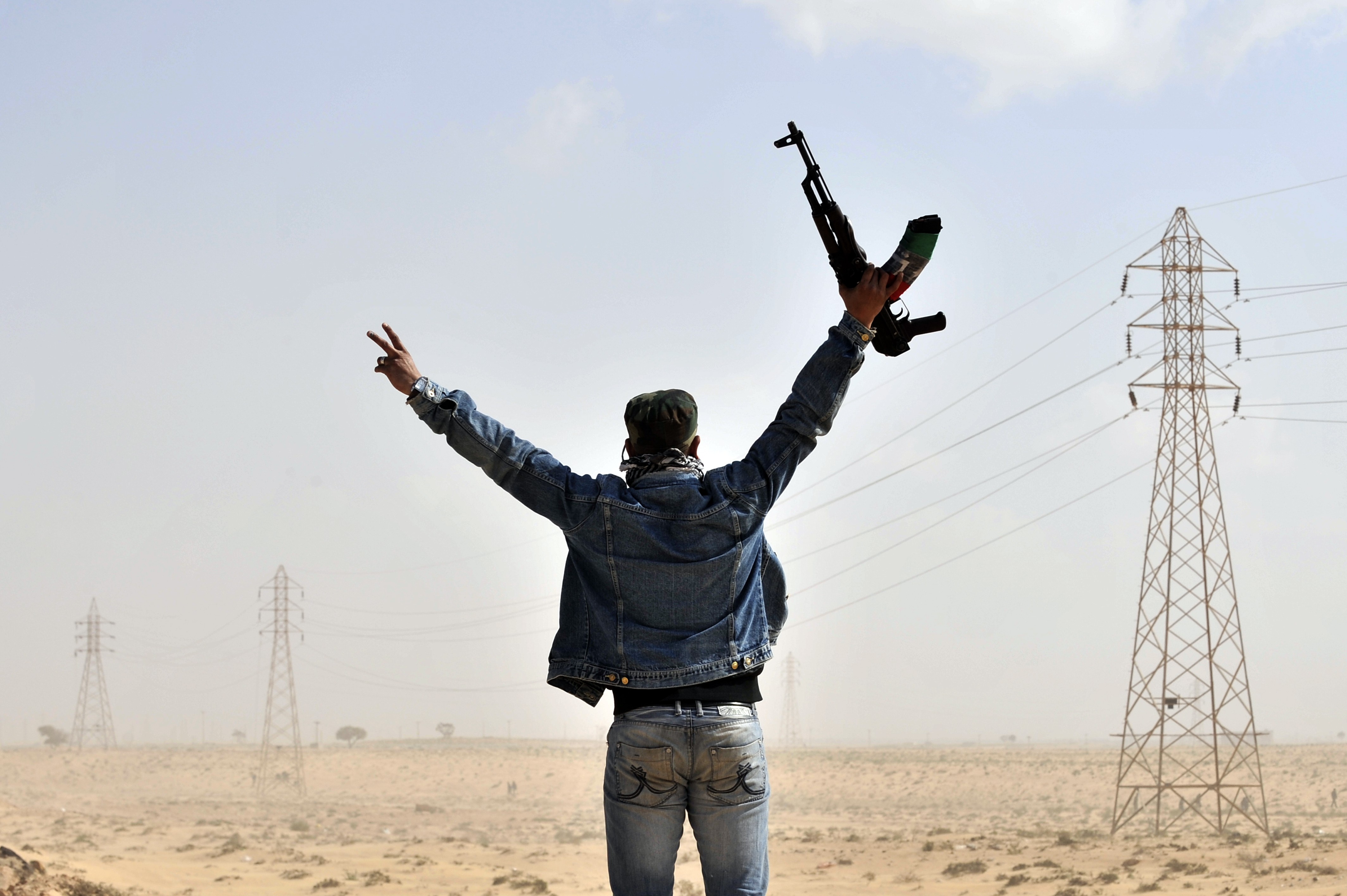 WASHINGTON - Secretary of State Hillary Rodham Clinton said Thursday the United States is taking the next step in military operations against Libya by transferring command and control of the no-fly zone to NATO.

Clinton said the alliance eventually would protect Libyan civilians, enforce the U.N. arms embargo on the North African country and support humanitarian aid efforts there. But for now, attacks on the ground will continue to be run by the coalition led by the U.S., which has been anxious to give up the lead role.

"We are taking the next step: We have agreed along with our NATO allies to transition command and control for the no-fly zone over Libya to NATO," she said. "All 28 allies have also now authorized military authorities to develop an operations plan for NATO to take on the broader civilian protection mission."

CBS News Chief White House Correspondent Chip Reid reports the transition won't take place immediately. As one senior administration official described it, it's not like hitting a light switch -- it's more like setting a thermostat. It takes time for the temperature to change.

Clinton said she will travel to London next week to coordinate the strategy and military operation against Col. Muammar Qaddafi's regime.

NATO Secretary-General Anders Fogh Rasmussen, who announced the NATO agreement in Brussels, said the alliance operation would proceed in parallel with the bombing campaign carried out by coalition aircraft.

The U.S had hoped the alliance could have reached consensus on Thursday for NATO to take full control of the military operation that was authorized by the United Nations, including the protection of Libyan civilians and supporting humanitarian aid efforts on the ground.

NATO expects to commence enforcement of the no-fly zone within 48-72 hours. The operation will be commanded from Naples by Adm. Samuel J. Locklear. U.S. warplanes will continue flying strike missions over Libya, the Pentagon said earlier Thursday.

NATO'S top decision-making body, the North Atlantic Council, had been struggling for six days to reach an agreement on using its military command and control capability to coordinate the operation. The logjam appeared to have broken earlier Thursday when Turkey, which had sought assurances that the NATO operation would be limited, finally gave its assent. The alliance needs the approval of all 28 members to take such action.

Turkey's parliament authorized the government to participate in military operations in Libya, including the no-fly zone. Turkey is NATO's only Muslim member.

Clinton also praised the United Arab Emirates for becoming the second Arab country after Qatar to send planes to help the mission. The U.A.E. will deploy 12 planes.

Clinton said that the appeal of the Libyan people for help means the U.S. will continue supporting the effort, although she and others have failed to provide a time-line for how long U.S. support will last, as well as details for what exactly that support entails.

"Qaddafi's troops have been pushed back, but they remain a serious threat to the safety of the Libyan people," Clinton said.

Clinton and other officials have pointed to a "significant reduction in use of U.S. planes" as a sign that America was taking a back seat in the operation, perhaps in response to a growing chorus of domestic critics about America's involvement there.

The international military operation against Qaddafi's forces may last days or weeks - but not months, France's foreign minister said Thursday.

Alain Juppe also said he hopes the airstrikes in Libya and the boisterous quest for freedom and democracy in the Arab world will serve as a warning to autocratic regimes elsewhere, including in Syria and Saudi Arabia.

"The job of dictator is now a high-risk job," Juppe said, noting that some autocrats - including Qaddafi - have been targeted by the International Criminal Court.

Juppe spoke ahead of EU and NATO meetings to discuss how to coordinate the campaign of airstrikes on Libya, which so far have primarily involved U.S., British and French forces. The U.N. Security Council authorized the no-fly zone to protect Libyan civilians after Qaddafi launched attacks against anti-government protesters who wanted him out after 42 years in power.

Juppe sought to debunk speculation that the allies were after oil-rich Libya's hydrocarbons.

"People always say that it's oil behind all this - that's not true," Juppe said. "To have consistent, cheap oil, the best thing would have been to change nothing in Libya. It's not oil that pushes us to all this."

Others expressed concern that the military campaign would drag on. Russia's former ambassador to Libya said Qaddafi could hold off coalition forces for months, still enjoys broad public support and will not step down. "I'm afraid it could turn into another Iraq, or a second Somalia," said Vladimir Chamov in Moscow.

"Libya has food supplies to last for just about four months and new supplies practically haven't been coming since the military operation has been launched," Chamov said.

In Italy, NATO's commander for the naval blockade said Thursday he expected he would have enough ships to effectively prevent weapons and mercenaries from entering Libya, but it was impossible to patrol the entire coast. Vice Adm. Rinaldo Veri of Italy held a first briefing at NATO's base in Naples a day after the alliance's vessels began patrols.

Italy has offered seven military bases for use by coalition aircraft but wants the operation to shift to NATO command out of Naples.