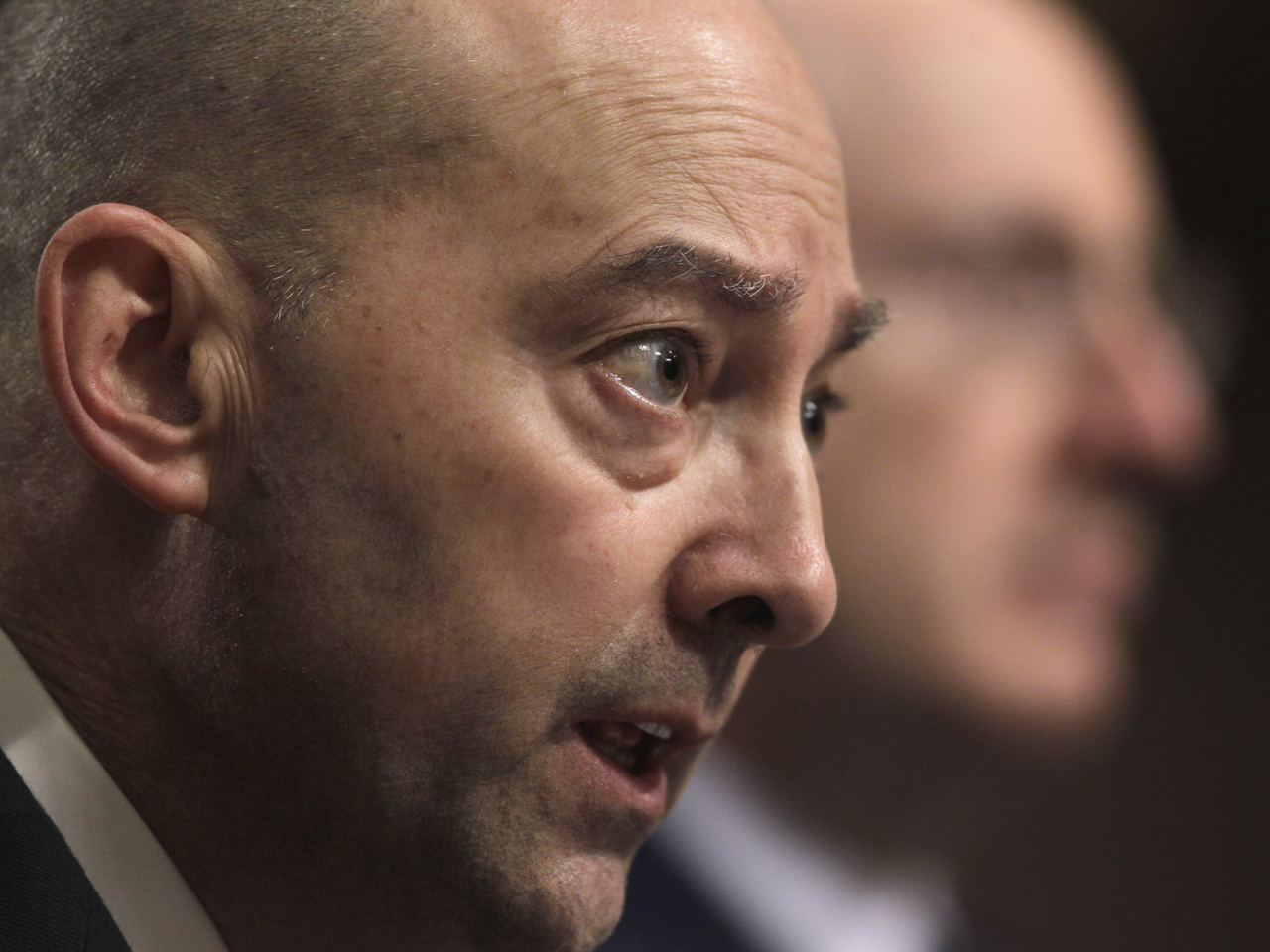 WASHINGTON - As the United States and other nations build ties with Libyan rebels and leaders of the political opposition trying to oust Libyan strongman Muammar Qaddafi, intelligence suggests al Qaeda and other terrorists have a small presence within the opposition group, a top military commander said Tuesday.

Adm. James Stavridis, the NATO Supreme Allied Commander in Europe, told Congress that officials have seen "flickers" of possible al Qaeda and Hezbollah among the rebel forces, but at this point no evidence there are significant numbers within the group's leadership.

Questions about who the rebels are have escalated as the U.S.-led coalition moved into its second week of attacks against Qaddafi forces, halting their progress and paving the way for the ragtag opposition to regain lost ground. At this point, Stavridis said, there is "more than a reasonable chance of Qaddafi leaving."

In London, Secretary of State Hillary Rodham Clinton met with Mahmoud Jibril, a representative of the Libyan political opposition fighting Qaddafi, "to talk about the path forward." And she implored an international conference meeting on the Libya's future to band together to free the North African nation from Qaddafi's grip and convince his loyalists to abandon the regime.

And a senior administration official said the U.S. will soon send an envoy to Libya to deepen relations with leaders of the rebels.

Eleven days into a military assault that has cost the Pentagon roughly $550 million so far, the U.S. was in the process of turning over control of the mission to NATO in the next day or two. The U.S. military, however, is likely to continue to play a significant role in the operation, including continued airstrikes, intelligence gathering, electronic warfare and aerial refueling.

The military has insisted that it is not coordinating attacks with the rebels to help advance their offensive, but simply working to protect the people. But the strikes paved the way for the rebels to regain a key city over the weekend, and begin again their march west toward Qaddafi strongholds.

President Barack Obama told the American people Monday night that U.S. intervention in Libya was necessary to prevent a slaughter of civilians. But he also said that ousting Qaddafi militarily would be a mistake, and suggested that the diplomatic road to his removal was the path to take.

U.S. Ambassador to the United Nations Susan Rice said Tuesday there are plenty of "non-military means at our disposal" to oust the Libyan leader.

"We are using sanctions. We've imposed an arms embargo. We are cutting off all of Qaddafi's sources and funds to his regime, cutting off the flow of mercenaries. We are providing assistance and will continue to provide assistance to the opposition. We are working in London on a political solution. All of these are important elements," Rice said on "The Early Show."

The $550 million figure on the initial U.S. costs is not complete because it does not include such money as pay for U.S. sailors, airmen and other forces who would have been deployed somewhere in the world anyway. But it is the first official figure released on the cost of setting up the no-fly zone in Libya and protecting civilians.