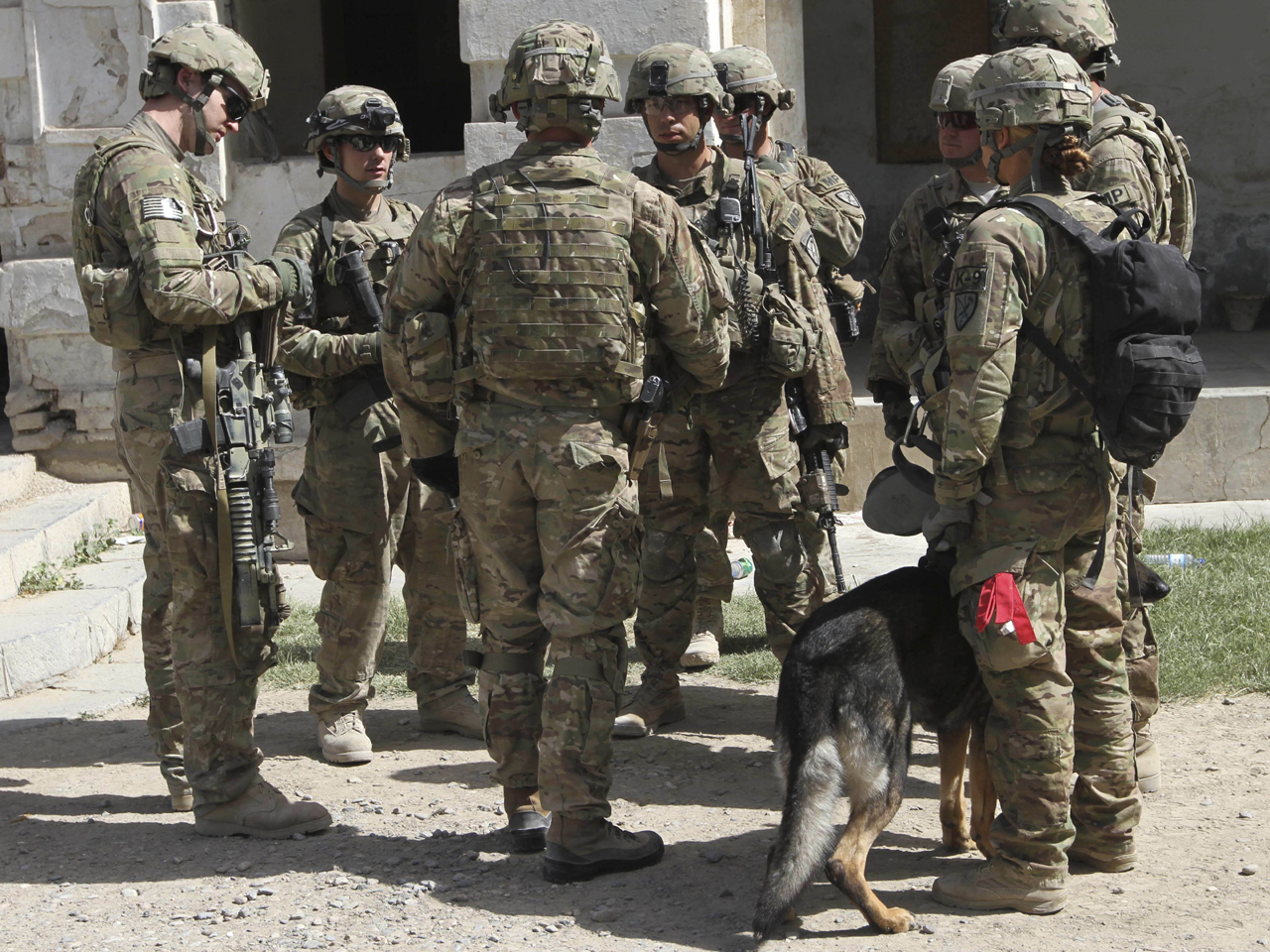 KABUL, Afghanistan - NATO said Monday that it has significantly weakened the Taliban insurgency, capturing or killing thousands of militants in Afghanistan during the past three months.

It also said that the Taliban failed in an attempt to carry out attacks against key government buildings over the weekend in the southern city of Kandahar, birthplace of the Taliban and the economic hub of southern Afghanistan.

NATO and its top commander, U.S. Gen. David Petraeus, have said that a surge of 30,000 troops last summer helped coalition forces take, and hold, areas of Afghanistan that were long dominated by the Taliban.

NATO spokeswoman Brig. Gen. Christine Whitecross said NATO's winter operations had sapped the Taliban and that in the past 90 days, NATO carried out 1,400 operations and killed or captured 500 insurgent leaders and 2,700 lower-level insurgents.

She added that NATO also was "taking more weapons away from a weakened insurgency," adding: "In fact, we have seized more weapons caches in the past six months than in the previous two years."

Still, a highly coordinated attack over the weekend raised new questions about the effectiveness of the yearlong campaign to secure Afghanistan's south and Kandahar in particular.

Taliban fighters on Saturday attacked the governor's office, the headquarters of the Afghan intelligence agency, a police headquarters and other buildings. After two days of fighting, Afghan forces supported by the coalition killed or captured all the insurgents.

Afghan officials said at least 25 insurgents, two members of the Afghan security forces and one civilian were killed. At least four were arrested, and 40 people were wounded. The final two insurgents were killed late Sunday making a last stand in the Kandahar Hotel.

"There were no breaches in the compounds, and the areas that coalition forces and Afghan forces took over in the winter season are still in Afghan and coalition control, and all the insurgents involved in the attack are either captured or killed. The attacks in Kandahar were ineffective," Whitecross said.

The Taliban attack on Kandahar city was the most ambitious since the insurgents declared the start of a spring offensive against NATO and the Afghan government last month. NATO has been expecting the Taliban to stage a series of spectacular and complex attacks, and the group has already carried out a number of them but Kandahar was the largest so far.

"The Afghan forces responded capably. They kept this from becoming a spectacular attack that the insurgents had hoped for," Whitecross said.

The effectiveness of the Taliban's long-awaited spring campaign, code-named Badr after one of the Prophet Muhammad's decisive military victories, could affect the size of President Barack Obama's planned drawdown of U.S. troops in July. Petraeus has said the size will depend on conditions on the ground.

The alliance has committed itself to handing over control of security in the country to Afghans by 2014.

"Conversely, the insurgents have threatened a surge of violence in order to gain a propaganda victory. The insurgents think these attacks will demonstrate they can exert power," Whitecross said.

"This violence will have no lasting impact in light of the gains Afghan and coalition forces have made through the winter."

But despite the progress claimed by NATO, violence is persistent and increases daily.

In eastern Laghman province, a suicide bomber on a motorcycle blew himself up in front of a compound belonging to Saleh Mohammad Niazi, the chief of the Qarghayi district. Niazi said three people were killed in the blast and an additional 12 were wounded including two police officers. The bomber was targeting a NATO convoy. There were no immediate reports of coalition casualties.

In the northern province of Kunduz, insurgents killed a former Taliban commander who had decided to reconcile and begin peace talks with the government. Maulvi Mohammad Nabi was killed by gunmen along with four of his bodyguards, District chief Mohammad Ayub Aqyar said. Nabi had left the insurgency four months ago, Aqyar said.