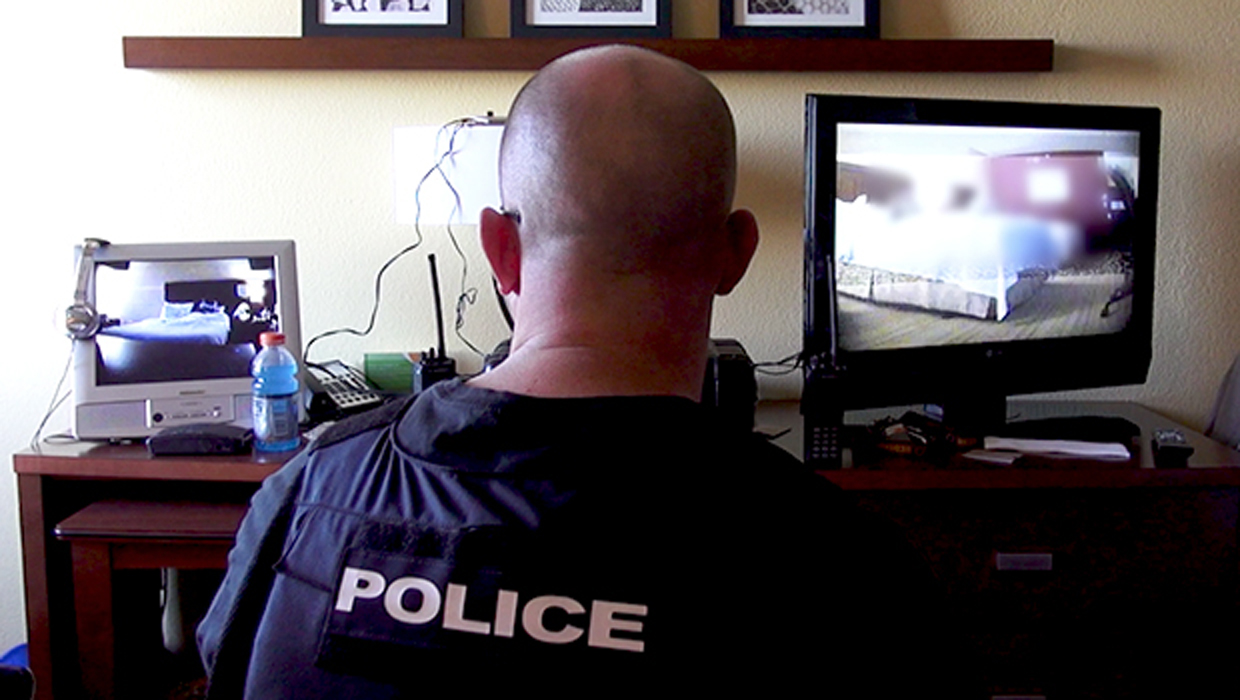 A nationwide FBI sting focusing on underage victims of prostitution resulted in the rescue of 149 sexually exploited children and the arrests of more than 150 pimps and others, according the bureau.

The ninth annual initiative known as "Operation Cross Country" - the largest to date - was carried out last week in135 cities including Atlanta, Cleveland, Denver, Knoxville, Tenn., Alexandria. Va., Jackson, Miss., Los Angeles, Portland, Sacramento and Seattle, with the help of the National Center for Missing and Exploited Children. Local initiatives were coordinated through 73 of the FBI's child exploitation task forces, which include local, state and federal law enforcement agencies, according to the Bureau. More than 500 law enforcement officers participated in stings at hotels, casinos, truck stops and other locations known to be frequented by pimps and prostitutes, the FBI says.

"When kids are treated as a commodity in seedy hotels and on dark roadsides, we must rescue them from their nightmare and severely punish those responsible for that horror," FBI Director James Comey said in a statement.

"It's a really young age - we're really concerned about that," said Staca Shehan, National Center for Missing and Exploited Children executive director, in a video posted to the center's Facebook page. "The majority of cases we see involve 15-, 16- and 17-year-old children.

The Bureau released raw video footage of the stings at hotels in Alexandria, Va. and Jackson, Miss. via its Facebook page. It shows law enforcement agents conducting video surveillance on hotel rooms, raiding the rooms and arresting suspects.

According to NCMEC, many of the victims are runaways who are being targeted by traffickers.

"Runaway juveniles are particularly vulnerable to being led into prostitution because they run away from possibly a bad family situation and then get pulled into drugs or a lifestyle that leads to prostitution," Crystal Nosal, a spokeswoman for the Alexandria Police Department, which assisted in the effort, says in the video.

Nosal said detectives would interview the victims to determine how they became involved in prostitution, and offer help. Nearly 100 FBI victim specialists were on hand to assist the child victims after the stings, according to the FBI, providing services including crisis intervention, food, clothing, shelter, and medical attention.

"Human trafficking is a monstrous and devastating crime that steals lives and degrades our nation," said Attorney General Loretta Lynch said in a statement. "As a result of the FBI's outstanding coordination and exemplary efforts alongside state and local partners during Operation Cross Country, more children will sleep safely tonight, and more wrongdoers will face the judgment of our criminal justice system."

"Operation Cross Country" was a part of the Bureau's Innocence Lost National Initiative, an effort launched in 2003 to combat sex trafficking.

"This operation is just a glimpse - just a snapshot into what's occurring in this country every day," said NCMEC's Shehan.